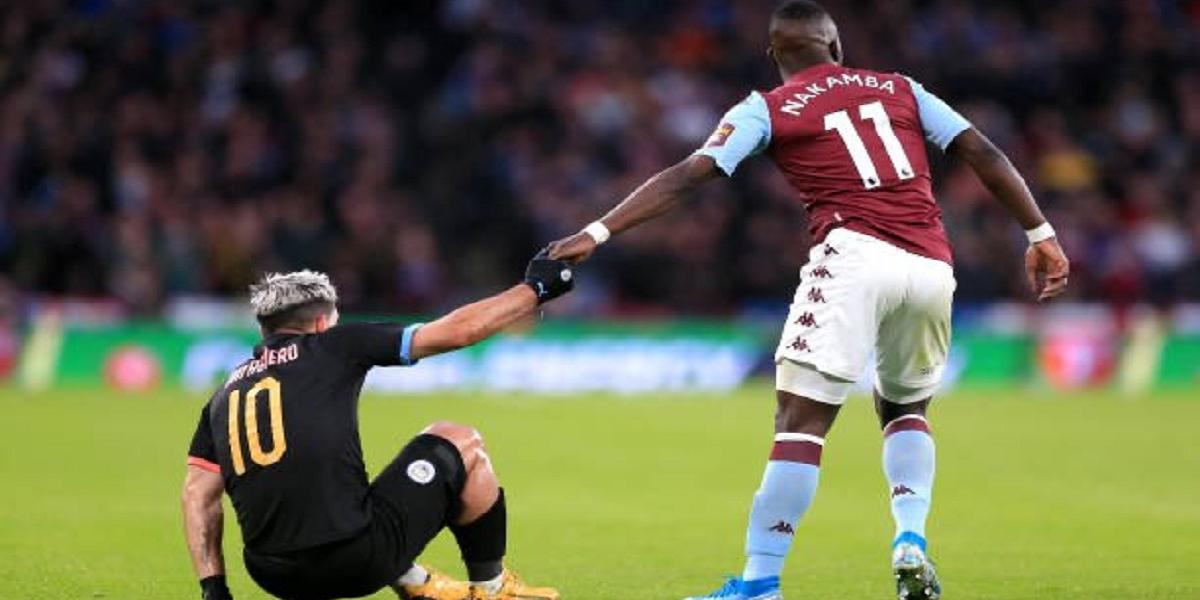 He speaks amid reports that Turkish Giants, Galatasaray have rekindled their interest in signing the former Club Brugge’s defensive midfielder on a loan deal while Fenerbahce and Trabzonspor are also reported to be interested in him.

Nakamba has since the restart of the English Premier League following a premature halt due to the outbreak of the coronavirus failed to make it into the Blue and Clarets army’s XI with Dean Smith preferring the services of Brazilian midfielder, Douglas Luiz, instead.

The Zimbabwean international has also played only 13 minutes in two 2020/21 league games this far and has also made three appearances in the Carabao Cup.

Speaking to Football Insider correspondent Connor Whitely, Gabriel Agbonlahor suggested that Nakamba’s stay will likely be influenced by the availability of funds at the club to bring in new players. He said:

I actually don’t, to be honest. Dean Smith will have picked his 25-man squad for the season unless he has money to bring in new signings I don’t think he would get rid of him (Nakamba).

At the moment Dean Smith needs a big squad for the season. The last thing you want is to have just 18 senior players available, as some clubs have already done this season like Burnley. That can easily happen if you decide to move players on. For sure, I think he keeps hold of him and he is involved in the squad.

Agbonlahor said Villa still needed cover for John McGinn and Douglas Luiz, the regular Aston Villa midfielders lest they suffer injuries or get suspended and the only back up that Smith has in his ranks would be the 26-year-old Zimbabwean.

Asked by Football Insider correspondent Connor Whitely if it was high time Nakamba was sold, Agbonlahor was against the idea of shipping out the former Club Brugge star.

Nakamba made a good start in the EPL but his form dipped following the outbreak of the coronavirus. Others criticise him of being too defensive and lacking the zeal to attack.