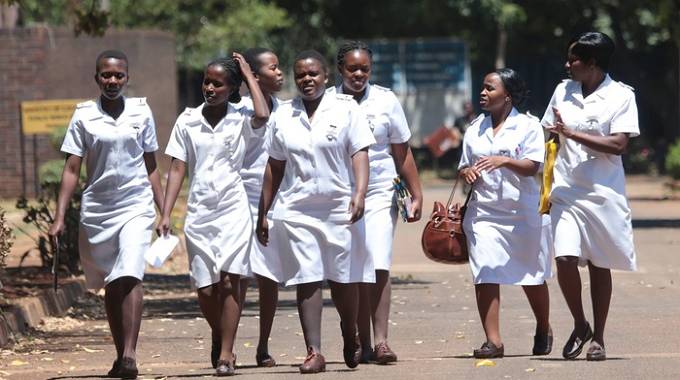 The Zimbabwe Nurses Association (ZINA) has criticised the government for making nurses apologise for the industrial action they embarked on over poor salaries and working conditions.

ZINA president, Enock Dongo issued a statement saying the government violated both Zimbabwean and intentional laws to satisfy their interests. He said:

As ZINA we have been left dismayed by the attitude shown by the government of Zimbabwe towards nurses. The attitude is not only in contempt of court but it is also grossly unjust, with the conduct being to coerce nurses into submission to unlawful directives.

It is an undeniable fact that the Zimbabwe Nurses Association took government to court twice in the last month. On both occasions, the High Court ruled that nurses were correct and were entitled as a matter of right to continue with the flexible working hour system. Both judgments are a matter of public record under case numbers HC6507/20 and HC7099/20. Having seen that the courts have declared them wrong, it has now become evidently clear that the government sees itself as if it is above the law. This is the only conclusion to be derived from the actions of a government that ignores two clear court orders.

This happened at Harare hospital on Monday the 7th of November 2020 and currently, nurses at United Bulawayo Hospital are being asked to write apology letters. All this is being done because government can simply ignore a court order if it wants.

State media on its part, instead of reporting the true outcome of the court cases, has been referring to nurses as “defiant” whilst calling ZINA “misleading”. All this has no factual or legal basis and amounts to misleading the nation on the true state of affairs regards the dispute between nurses and government. What they omit to state is that before taking government to court and even after both judgments came out, we have written to government to meet so that we can resolve this issue amicably but on all occassions we have not even received the courtesy of a response.

Dongo said the government should be the one apologising to the nurses for acting in a manner which the court said was incorrect.

He added that the employer should pay nurses their salaries as ordered by the court “rather than put its own conditions on things.”