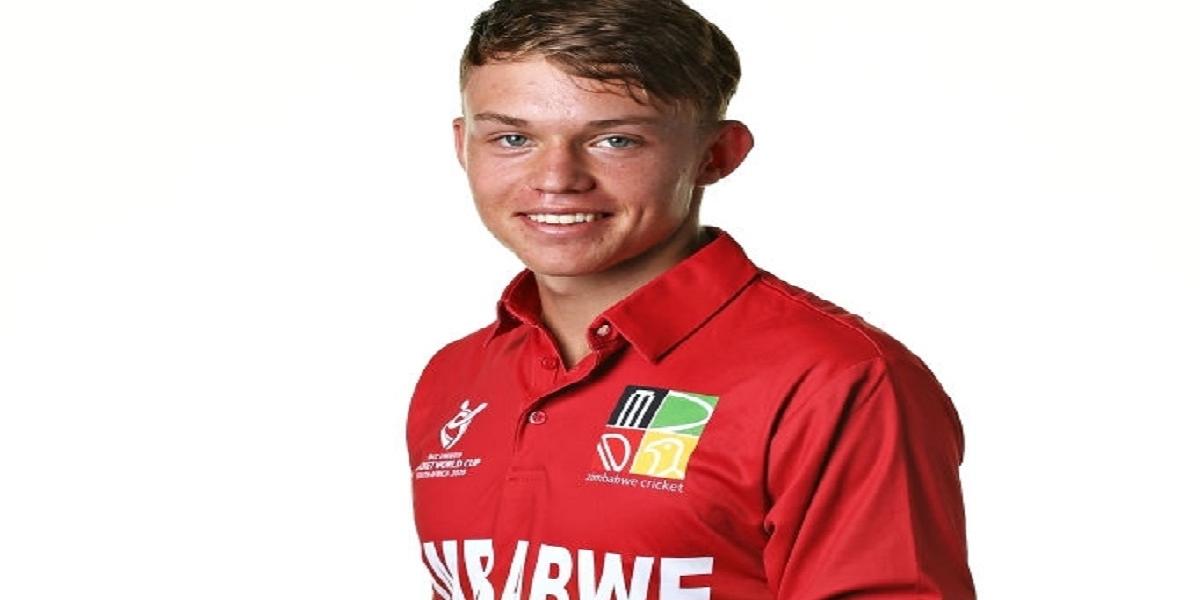 PRETORIA, SOUTH AFRICA – JANUARY 11: Dane Schadendorf of Zimbabwe poses for a portrait prior to the ICC U19 Cricket World Cup 2020 at Protea Hotel Loftus Park on January 11, 2020 in Pretoria, South Africa. (Photo by Jan Kruger-ICC/ICC via Getty Images)

Nottinghamshire have announced the signing of Zimbabwe U-19 wicket-keeper Dane Schadendorf on a two-year contract.

Schadendorf has made ten appearances for Zimbabwe Under 19s, however, as a British passport holder, he has opted to commit to the English game as a domestic cricketer. The Director of Cricket Mick Newell said in a statement:

Dane has significant talent both with the bat and with the gloves. We’re keen to work with those abilities and to help him achieve his potential. Hopefully, he can play an important role for Notts long into the future.

We believe there’s a high ceiling of potential there and – under the experienced guidance of the likes of Matt Wood, Anton Roux and Andy Pick – we hope to see him pushing for a place in our first team in the near future.

Schadendorf featured in six matches at the ICC Under-19 World Cup earlier this year and earned widespread acclaim for a back-handed stumping in a fixture against New Zealand that preceded the tournament.

The right-hander represented Caythorpe in last season’s Nottinghamshire Premier League, as well as featuring in friendly matches for the county’s Second XI.

Speaking after the development, the wicket-keeper said:

As soon as I walked into Trent Bridge for the first time, I could imagine how special it must be to play with a full house in here. That first day in training with the lads was just an unreal experience.

He added that his game is currently more suited to white-ball cricket but is working hard on his red-ball game and results are comforting.

Schadendorf also said he aims to get off to a good start next year, score as many runs as possible, and try to stake his “claim for a place in the first team.”