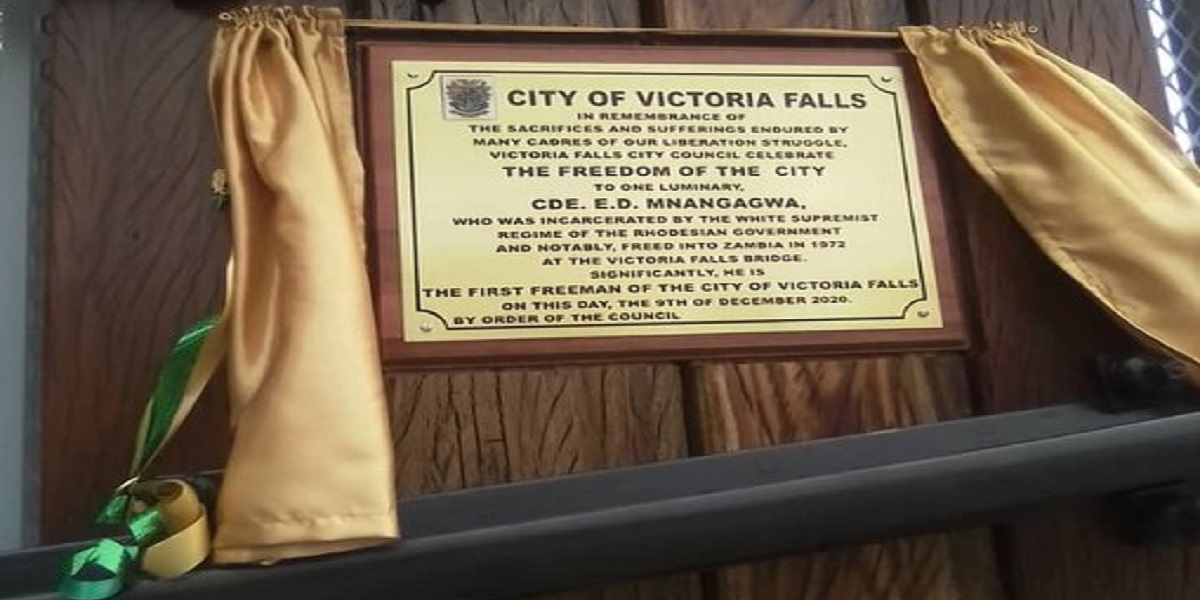 President Emmerson Mnangagwa on Tuesday 8 December 2020 proclaimed Victoria Falls a city through Statutory Instrument 285 of 2020 whose substance is to upgrade the municipality into a city in terms of the Urban Councils Act.

Through a Statutory instrument (SI), the president said:

Whereas in terms of Section 141 of the Urban Councils Act Chapter 29:15 it is provided that a growth point, unincorporated urban area, local board or council may apply to the Minister in the form and manner prescribed for a change of its status.

President Mnangagwa arrived in the resort town on Tuesday evening ahead of the scheduled Wednesday conferment of the city status.

The resort city whose population is estimated around 40 000 will be the second tourism city in the region after Cape Town.

The conferment of the city status is premised at increasing Victoria Falls’ competitiveness on the international tourism arena.
More: NewZimabwe