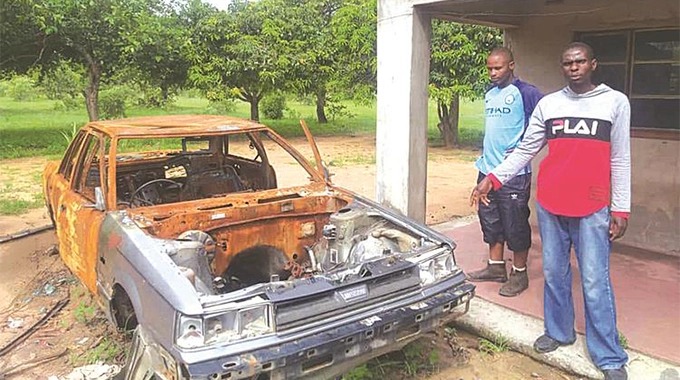 The relatives of a man from Zimuto communal lands, Masvingo Province, who killed a 9-year-old boy and boiled the head have ruled out mental illness as the reason behind the gruesome murder.

48-year-old Henry Mapxashike (also known as Mapwashike) had one of his five children, Trevor, murdered by Clever Chitiga (22), who shaved the head before cooking it on Friday, December 4, 2020.

Chitiga is Henry’s cousin and the pair’s homesteads are a few metres apart.

Trevor (9), is Henry’s third child and was doing Grade 2 at Matova Primary School.

Trevor’s father told The Herald on Tuesday that he harboured no hard feelings towards his brother for murdering his son. He said:

I believe there was juju at play because from what I know, Clever never had a history of mental illness.

In fact, his discreetness and the way he tried to conceal evidence of his diabolic act smacks of someone who is mentally stable.

Brine Chitiga (40) – Clever’s elder brother – said he suspected that his younger brother might have been dabbling in juju.

He said Clever started behaving strangely after he went to Mberengwa as an artisanal miner. Said Brine:

I suspect that he (Clever) might be tormented by an avenging spirit. He might have killed a person in Mberengwa where he was panning for gold since 2018.

Reports indicate that Trevor had sought shelter at his uncle’s home from the heavy rains when he was killed with a kitchen knife.

Clever then shaved the head using a broken beer bottle and pounded it with a pestle and mortar before cooking it.