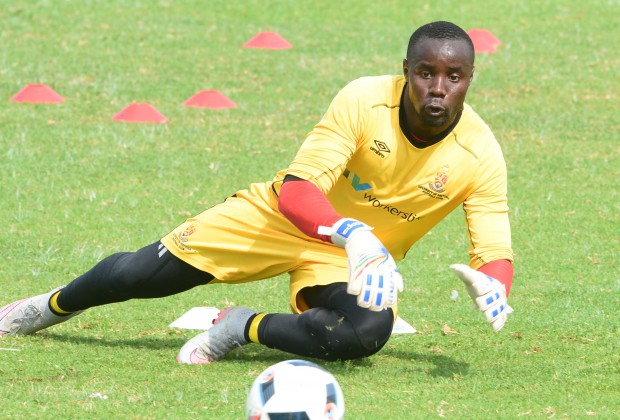 3 months after being offloaded by South African top-flight side Supersport, Washington Arubi has found a new home at DStv premiership side Tshakuma Tsha Madzivhandila (TTM) which promptly made him the club’s vice-captain, The Standard reports.

Speaking about his new opportunity after he spent 2 years on the bench at Supersport, Arubi said he was grateful he was awarded the opportunity to play the game again:

I have been waiting for this moment after almost two years without playing competitive games. I am looking forward to keep on working hard and play more games for my new club.

Arubi further told The Sports Hub that he wanted to score more goals for his new club:

For a start to a new challenge, I think my performances are decent so far, but with the way I know myself I still have to work harder to get back to where I was before.

My goal for now is to play more games and help the team to pick up more points as soon as possible especially in the first round matches of the league race.

I still want to win cups with the team and win goalkeeper of the season in one of the years I still have to play here in South Africa. When it comes to the national team, I think I still have unfinished business and I hope one day I am called up to represent my country again.

I still have six or seven years to play before I retire because I take good care of my body. And, you know, goalkeepers improve with age, so my best is yet to come. I also feel honoured to be appointed as one of the captains at my new club, it motivates me to do more on and off the field.

Washington Arubi also spoke about how he started playing cricket as a wicketkeeper before he became a soccer player:

Then in Grade 7, I was called by a coach called Sicho Masachi to play for Zupco juniors and in 2002 we played in the Zifa Unity Cup against Lanceshire Steel in Kwekwe. That’s where I was scouted to play for them in 2003 while I was still going to school and the rest, as they say, is history.

Overall I am happy with what I have achieved so far in my career, but I am still hungry to achieve more individually, at club level and national team level,

Other players, Gabriel Nyoni and Tapuwa Kapini were offloaded by their teams and found new clubs in a short time too.