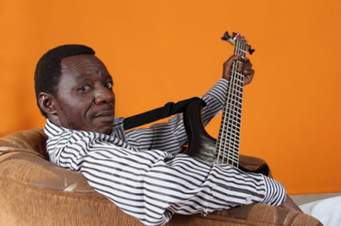 The song that was recently released by firebrand musician Alick Macheso on Friday, a few hours later had flooded social media due to piracy, The Standard reports. The song was well-received by his legion of fans and it was being played by many people. since they had received the song on social media.

His [Macheso] team messed up by giving the song to a ‘few’ guys just before the launch. The other problem is that the single does not have visuals and platforms like YouTube becomes useful when songs are accompanied by visuals.

Look at how the duet Ngaibake with Freeman shone on online platforms. It had visuals and everone was talking about Macheso’s shirt. That is the power of visuals. Macheso should come out of the cocoon and utilise these digital platforms. He needs the right people to do that for him.

When contacted for comment Macheso said he had received good reports about the song from his fans and he even teased that he might release another song before the year ends:

I am hearing a good report from my team. The fans are generally excited and happy with the single and this gives us cause to give them more.

We have a full album ready for the market, but in as much as we have embraced online music marketing, we would be happy to have a proper launch with our fans in attendance, hence the delay. The single is just but a taste of what’s to come and if it is to be on the full album, it will be a bonus.

Should conditions and logistics allow, we wouldn’t mind releasing another single even before year end just to treat our treasured fans to some good music.

I really miss the stage and though I am happy to have given my fans something to cheer about, I feel saddened by the fact that we can’t be playing the music live.

Macheso’s manager however said Zuro NdiZuro was just a taste of what’s to come as they have a full album ready for the market:

We just had to cherrypick Zuro Ndizuro, but I am happy that it’s receiving good feedback and favourable airplay. We value our fans and we are taking every feedback and criticism seriously.