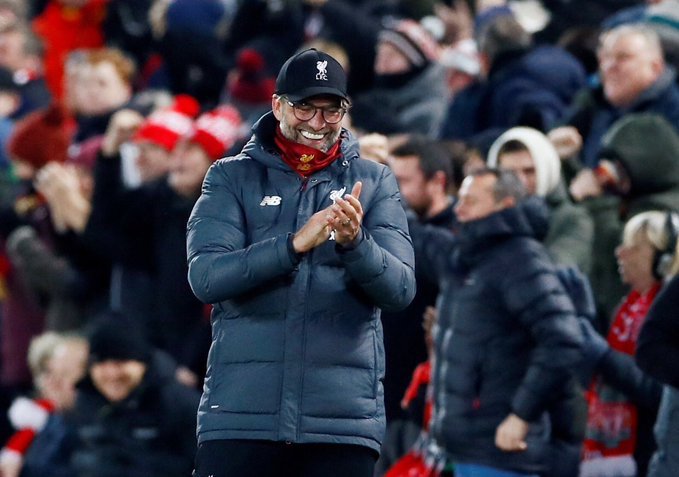 Liverpool manager Jurgen Klopp believes Chelsea are favourites to win the English Premier League title this season due to the “unbelievable” strength of Frank Lampard’s squad.

Chelsea, who are unbeaten in nine Premier League games, spent big on a myriad of talented new recruits in the summer.

The Blues beat Leeds 3-1 at Stamford Bridge on Saturday – no other side has gone longer this campaign without tasting defeat.

While Liverpool were six points clear at the same stage of last season, this term they have had to cope with a condensed fixture list and a barrage of injuries. Said, Klopp:

Chelsea is for me at the moment looking like the favourite with a bigger squad and after a bit of a rusty start are now fully in.

They have unbelievable opportunities to change the team from one game to another.

We watch them but we aren’t chasing them. We play them when we play them. That’s how we saw it last season as well.

Saturday’s win sent Chelsea top of the table, above Liverpool, with Klopp’s side in action against Wolves on Sunday.