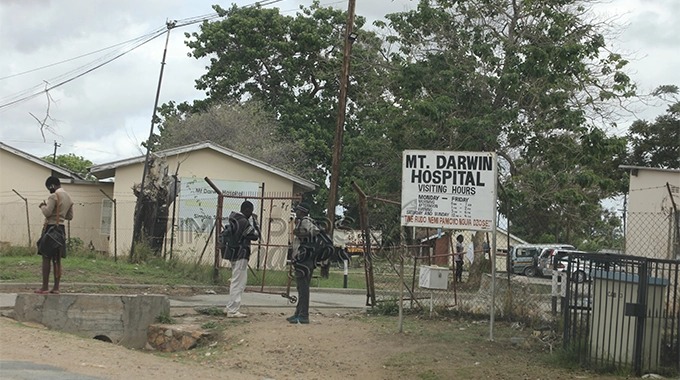 The Zimbabwe Republic Police (ZRP) is investigating the death of Wendy Chinomungu (25) of Rushinga, who went missing from Mt Darwin Hospital on 20 October and was later found in Concession, some 136km away, two days later unconscious and with her hands tied.

National police spokesperson Assistant Commissioner Paul Nyathi revealed that it was Chinomungu’s aunt, and not the hospital, who reported the case of a missing person. Said Nyathi:

The matter was reported to the police on October 22 by Feriya Musandirire. We want to establish what really happened.

The post-mortem results indicated that she died from severe head trauma and we want to know whether she was assaulted at home, at the hospital or at Concession where she was later found.

Prior to her hospitalisation at Mt Darwin Hospital, Wendy had been staying with her uncle, Chikuya Chikuya, a brother to her late mother.

Chikuya stays in Mudimu village under Chief Dotito and is married to Fariya Musandirire who was the first to report Wendy’s disappearance to the police while the hospital administrator followed up later.

Reports indicate that before Wendy vanished, some expensive juices and other foodstuffs would be seen on her table daily but no one knew the source.

Musandirire told The Herald that her niece disappeared on October 20 and that the hospital officials were trying to cover-up for their delay in making a police report. She said:

On October 15, we received a text message from Mr Makamba, the matron, telling us that our niece’s health was improving. We asked if we could visit her and he agreed. On that day, we failed to go due to transport challenges.

On October 22, in the morning, we received a text message from the matron again, advising us to go to the hospital and see a nurse called Karasa. Coincidentally, we were planning to visit our niece on that same day.

At first, I thought she had been moved to another bed. I then approached a nurse who was in the ward and she referred me to the sister-in-charge, Mrs Karasa.

We sat down and she told me that my niece was missing from the hospital from October 20. It was so unbelievable and I was hurt.

She indicated to me that the hospital had not made a police report for a missing person, some two days after her disappearance.

She asked me to go and report to the police that my niece was missing from the hospital. Is this how Government hospitals handle issues of this nature?

At first, I refused to go to the police, but I later decided to comply. Police officers treated me well and asked me to bring my niece’s photos to assist in the search. Later in the day, we heard she had been found at Concession.

Some farmworkers in Concession found Wendy lying unconscious and told the farm owner who immediately reported the case to Glendale Police Station.

She was rushed to Concession Hospital and was immediately transferred to Parirenyatwa Hospital where she later died.

A post-mortem report shows that the death was due to “severe head trauma” and there are indications that she was sexually abused.