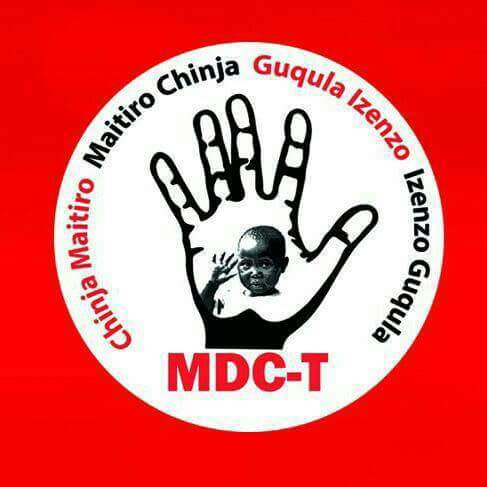 According to the publication, Khumalo claims he was the commander of the group code-named DRC that was trained to commit unsavory acts since early 2000 to attract the international spotlight and condemnation on the country.

Khumalo in the leaked chats reportedly claimed that:

Well, I was once an area commander of the DRC. It was one of the organs put up for the final push on the Mugabe regime. While I will deny the accusation that it was a terrorist organisation, I will point out that it wasn’t a Sunday school picnic either.

DRC was trained on how to conduct mass uprisings and we were shown videos of the Orange Spring; how to confront an armed person and how to diffuse the power of tear smoke. The possibility of providing some cannon fodder for the regime was also discussed in order to make the international community angry and garner international sympathy and the idea of provoking fire in order to create dead bodies was also discussed.

Khumalo reportedly made claims that the MDC Alliance were behind the demonstration on 1 August 2018 and they planned to have snippers to shoot at police to ignite rebellion:

The plan was that an armed person or persons should fire at police from the crowd so the police would retaliate and massacre civilians to draw international sympathy. Which is why a cartridge was found on the fifth floor of ZCTU offices. A sniper was put there to knock off a few heads so as to provide the necessary dead bodies.

Khumalo reportedly also made claims that former MDC Treasurer General Roy Bennett was also part of the people that trained DRC and they had a fake abductions operation code-named Mbuya Varwara:

We believed that the end justifies the means and that the means would be achieved quickly. Unfortunately, the new nature of the operations spawned a character in the party that ultimately became as bad as the one it tried to dislodge. It is that character that saw the attempted murders of Trudy Stephenson and company and the assaults of former MDC treasurer Elton Mangoma, and Tendai Biti.

Khumalo explained why he joined Tendai Biti when he formed PDP in 2014 and said the MDC A needed to change its Modulus Operandi if they want to go far:

When Biti broke away promising to start a new narrative in the annals of our political lives, we heaved a sigh of relief before his ignominious volte face. The same barbaric character was inherited by the Chamisa faction of the MDC and will carry us nowhere as a nation and even that party won’t go far until it changes its modus operandi.

The government has denied abducting MDC Alliance activists and the state has gone further to charge abduction victims on the basis that they faked their abductions.