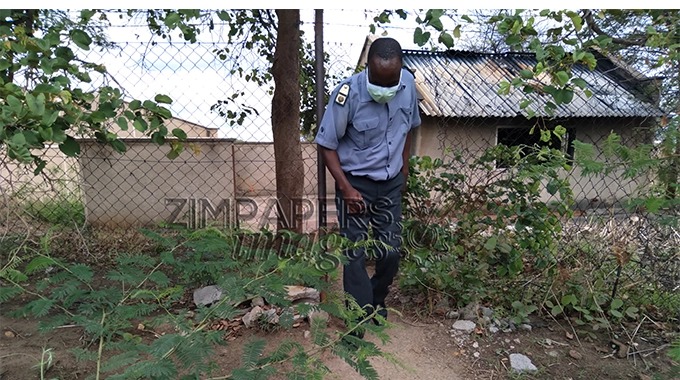 A senior official at Mt Darwin District Hospital has confirmed the disappearance of a 25-year-old female patient who had been admitted at the institution since the 30th of September.

Wendy Chinomungu of Rushinga was suffering from melancholia (severe depression) and disappeared from her ward on October 20 and was found at Concession, some 136km away, two days later unconscious and with her hands tied.

Some farmworkers in Concession found the woman lying unconscious three days after she left the hospital and told the farm owner who immediately reported the case to Glendale Police Station.

Chinomungu was rushed to Concession Hospital and was immediately transferred to Parirenyatwa Hospital in Harare where she later died.

A post-mortem report shows that death was due to “severe head trauma” and there are indications that she had been sexually abused.

Yes, I know of the incident. When it happened, I was in Bindura attending a workshop. She was admitted here on September 30 after she was brought in by her relatives.

The relatives had a recommendation letter from a Roman Catholic priest called Father Simoko.

Her aunt wanted to stay here but I refused because we wanted to examine her and try to establish what could have caused the depression.

We suspected the depression could be a result of some family problems, hence we advised the relatives to stay away a bit and allow her to recover.

After a few days, we noticed some improvements to her health. She was now able to walk and do her laundry.

She was also able to eat, but she still had challenges in walking.

I informed the relatives that they could now visit Wendy. The day they visited, that is when she had absconded from the hospital. I was away.

Meanwhile, Makamba’s narration of events contradicted other staff as he insisted that the patient disappeared on October 22, the day when the police report was made.

However, other Hospital staff said Chinomungu vanished two days before when Makamba was still away and the official post-mortem and police documents show that she went missing on October 20. Added Makamba:

I was told that the nurse on duty that night noticed the patient was missing and she informed the security department.

The security details were supposed to immediately report to the administration but they waited until the following morning.