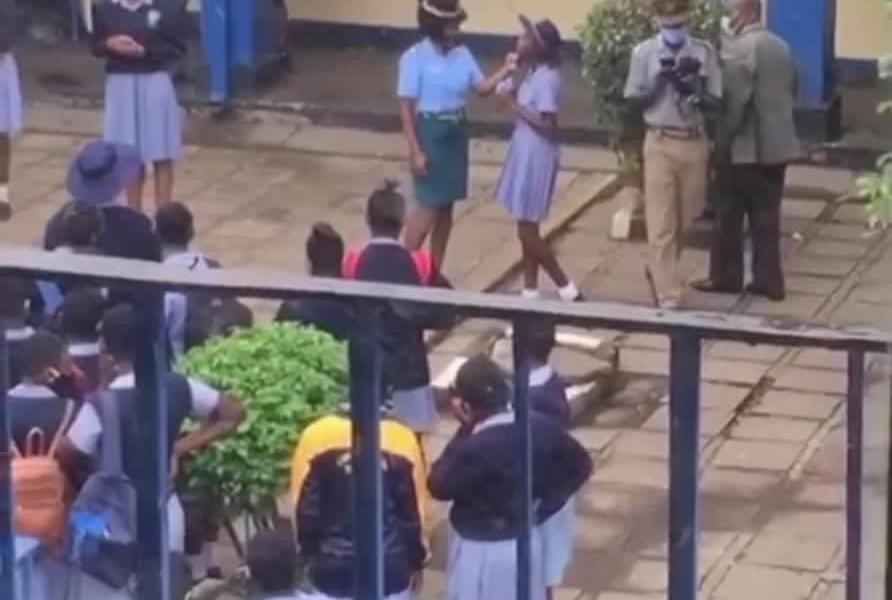 The Zimbabwe Republic Police is concerned with the conduct of the police officer as seen in the video that has gone viral on social media.

We understand the incident happened at Kwekwe High School where the police officers had gone to conduct an awareness campaign on 3rd December 2020.

The Zimbabwe Republic Police does not condone such conduct during awareness campaigns and investigations are underway to verify the facts with the Kwekwe District Command and Midlands Province.

If confirmed, appropriate action will be taken against the member.

The police applaud the public for bringing the matter to our attention.