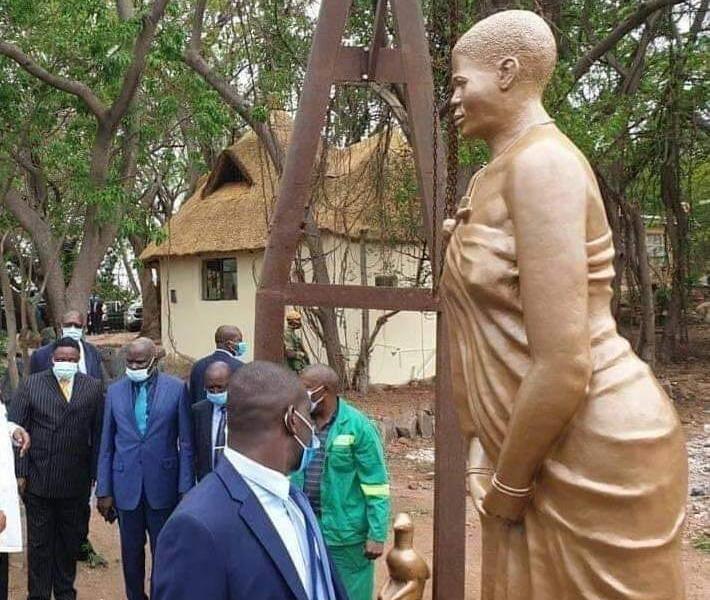 Addressing a weekly ZANU PF press briefing in the capital Harare on Thursday, acting party spokesperson Patrick Chinamasa said in the past, colonial powers such as Britain beheaded revolutionaries, but they are now using social media attacks to “discredit icons like Mnangagwa”. He said:

Allow me to draw parallels between, on one hand, the public beheading of Mbuya Nehanda, Sekuru Kagivi, Chief Mashayamombe, Mutekedza Chiwashira and other anti-colonial resistance fighters.

On the other hand, the imposition of illegal sanctions by the European Union, United Kingdom, United States, white Commonwealth countries, Australia, Canada and New Zealand accompanied by the orchestrated social media onslaught targeting President Mnangagwa and his family.

It is to intimidate our leader with the intention to cow the general population into submission and subjugation.

The enemy goes after the scalp of our leader first and they hope that once he has fallen and is discredited the country’s resources will be ready for the picking and neo-colonial exploitation.

The ZANU PF-led government is constructing a statue of Nehanda Charwe Nyakasikana, a spirit medium also known as Mbuya Nehanda at the intersection of Samora Machel Avenue and Julius Nyerere Way in Harare.

President Mnangagwa recently claimed that Mbuya Nehanda’s statue will be erected at the exact spot where she drank water and rested in her lifetime.

2 comments on “ED Is A Present-day Mbuya Nehanda – Chinamasa”