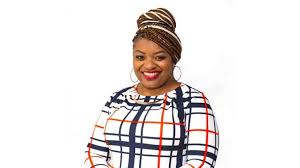 Aisha Tsimba who was once a Sports and Recreation Commission board member has died, The Herald reports. This was revealed in a statement by the Zimbabwe Rugby Union( ZRU) on the death of Tsimba who is the sister of Kennedy Tsimba who is a Zimbabwe rugby legend.

The ZRU said in a statement on Friday:

The president of the Zimbabwe Rugby Union, Mr Aaron Jani, the ZRU exco and board would like to extend their sincere condolences to the Tsimba family on the passing of the former Zimbabwe Rugby Union vice-president and former Sports and Recreation Commissioner Aisha Tsimba,’’ the ZRU said in a statement.

She was an astute and principled administrator who worked tirelessly to improve the image of rugby and sports in the country.

She worked tirelessly to set up structures and development of women’s rugby in the country and championed the girl child’s participation in sports.

She played for Old Hararians’ Women’s Rugby Club and also turned out for Cameo Women’s Basketball team before she took over the reins of being Women’s Rugby president in the country.

She was a champion of good corporate governance systems that ensured the viability of sports in the country and the development of sports as an industry to sustain livelihoods and as a vehicle for social justice and development.

She will be fondly remembered for her tireless work ethic and discipline.

Tsimba who was an athlete and an administrator died of an undisclosed illness. We will update this article if burial arrangements are announced.