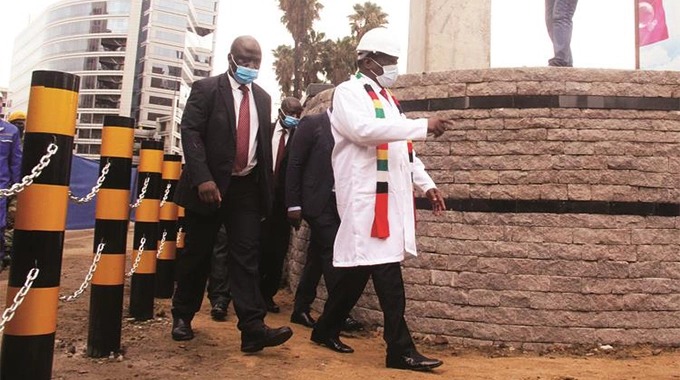 President Emmerson Mnangagwa said that Zimbabweans should honour Mbuya Nehanda for leading the war of liberation during the First Chimurenga just as they recognise Jesus Christ for dying for mankind.

Speaking during a tour of Nyati Gallery near Snake Park, where the Mbuya Nehanda statue is being made by sculptor David Mutasa, President Mnangagwa scoffed at critics who consider the erection of the effigy an act of national idolatry. He said:

Those who say that also carry crosses around their necks and pictures symbolising Jesus Christ. Why wear that cross? If they were not part of us, we would have told them to go back to their countries of origin.

The Mbuya Nehanda memorial statue is being erected at the intersection of Samora Machel Avenue and Julius Nyerere Way in the capital, Harare.

The famous spirit medium was being hanged on April 27, 1902, by the white settler regime after she inspired the war of liberation in 1896/7 popularly know as the First Chimurenga/Umvukela.

One Comment on “‘Why Wear Jesus Christ’s Cross & Fail To Honour Mbuya Nehanda?’”