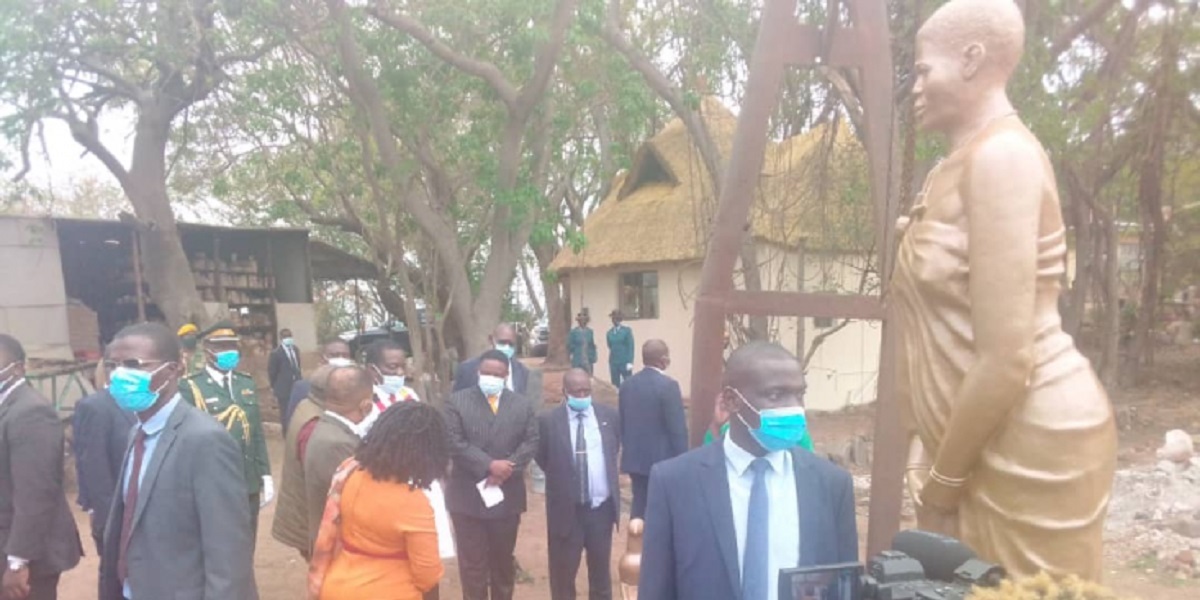 President Emmerson Mnangagwa yesterday toured the construction site of Mbuya Nehanda’s statue where he was informed that the completion on the work is expected to be finalised by end of next week.

The president later visited Nyati Gallery near Snake Park along the Harare-Bulawayo highway to view the Mbuya Nehanda statue which will be erected at the intersection of Samora Machel Avenue and Julius Nyerere Way in the Harare Central Business District (CBD).

He said more statues of First and Second Chimurenga heroes will be constructed, including that of late leader Robert Mugabe, his long-time boss whom he toppled in a military coup in November 2017. He said:

Other heroes and heroines from the early wars of resistance will be honoured in a similar manner among them General Mtshane Khumalo, who commanded the Imbizo Regiment under King Lobengula that defeated the Allan Wilson Patrol at the Battle of Pupu on 10 December, 1893.

The construction of Mbuya Nehanda has been criticised by some who do not view the initiative as a priority in a country where half of the total population is facing severe starvation, power shortages and where workers are calling for better salaries.