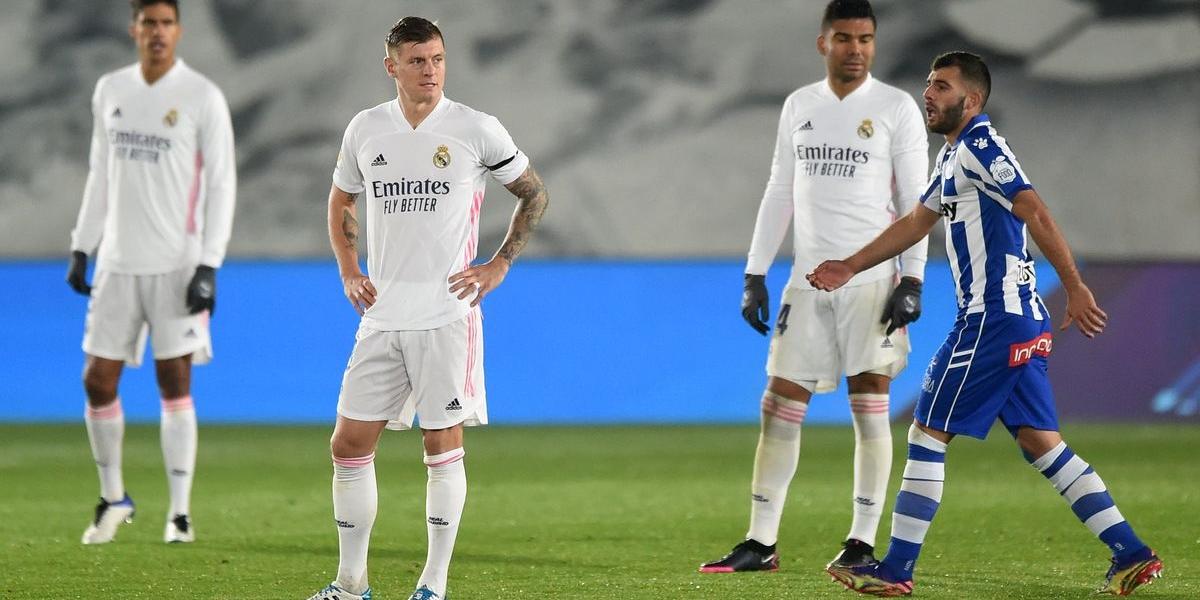 La Liga Santander champions, Real Madrid, on Saturday suffered a shocking defeat in a La Liga match when they were beaten 2-1 by ‘underdogs’ Alaves at Estadio Alfredo Di Stefano.
Madrid are now three games without a win in La Liga after the loss. Alaves’ Perez and Joselu netted in either half to secure victory over champions and to move up to 9th on the log.
The visitors just five minutes to score their first goal when Perez smashed the ball into the back of the net from the penalty spot.
Courtois dived the right way, but there was too much power on the shot and he couldn’t get to it fast enough to make the save.
Alaves doubled their lead just four minutes after the restart, with Joselu taking advantage of a huge mistake by Courtois.
The former Chelsea keeper tried to play a pass out to Casemiro, but he gets it all wrong and it goes straight to Joselu, who then has an open goal to aim at from about 20 meters out and he just slid it into the back of the net.
Madrid pushed hard to try and get back into the game, but their goal didn’t come until the 85th minute through Casemiro.
Isco almost made it 2-2 with the final kick of the game, but his effort hit the crossbar.
Real Sociedad top the La Liga table followed by Atletico Madrid who have a game in hand. Villarreal are in 3rd followed by Real Madrid and Sevilla complete the top five. Barcelona who play tonight are at a distant 14th.