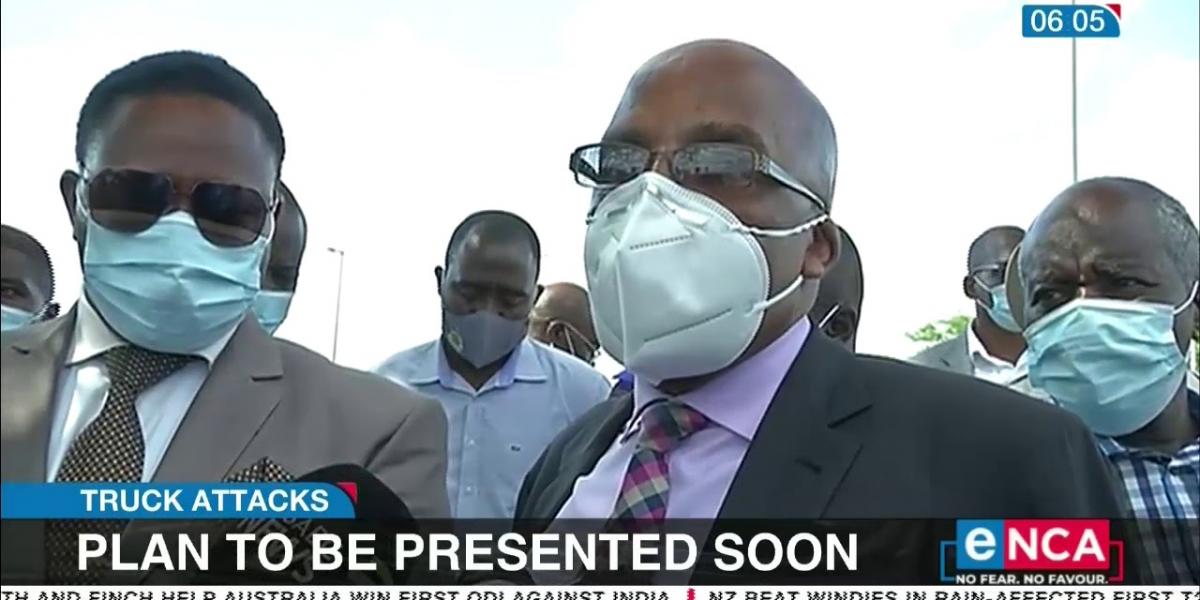 The South African government has said there is a task team working to prevent truck attacks. This was said by that country’s Home Affairs Minister Aaron Motsoaledi after meeting with his Zimbabwean counterpart, Kazembe Kazembe, to find solutions to congestion at the Beitbridge Border Post. South Africans have in the recent past once again embarked on attacks and vandalism targeting the road freight industry demanding that companies stop hiring foreign nationals as truck drivers. Several trucks suspected to be driven by foreign nationals have been set ablaze or vandalized since last week. Some drivers have also been reportedly killed or injured. Watch the video below for more.