The President is back home from Botswana where he was attending an Extraordinary SADC Troika meeting. The news and photos of his return from the neighboring country alighting from an Air Zimbabwe jet have were shared by The Infomation Ministry.

Meanwhile, MDC Alliance’s Gladys Hlatshwayo shared the summit’s resolution and said the summit did not finalize the plan of action to quell the insurgence in Mozambique and commented on Tanzania’s peaceful elections despite reports from foreign media saying the elections were marred with irregularities:

2/2 The reference to a peaceful election in Tanzania is deeply disturbing given the human rights violations recorded especially in Zanzibar. Opposition activists and leaders were arrested & heavily assaulted including @zittokabwe@TunduALissu @IsmailJussa & @SeifSharifHamad 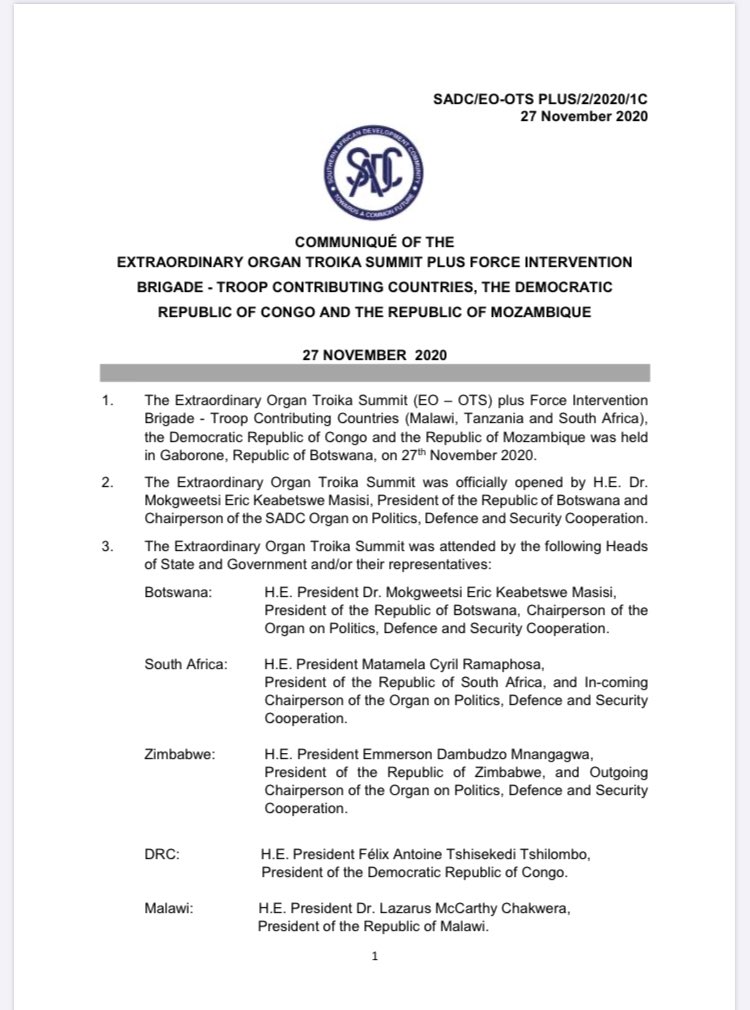 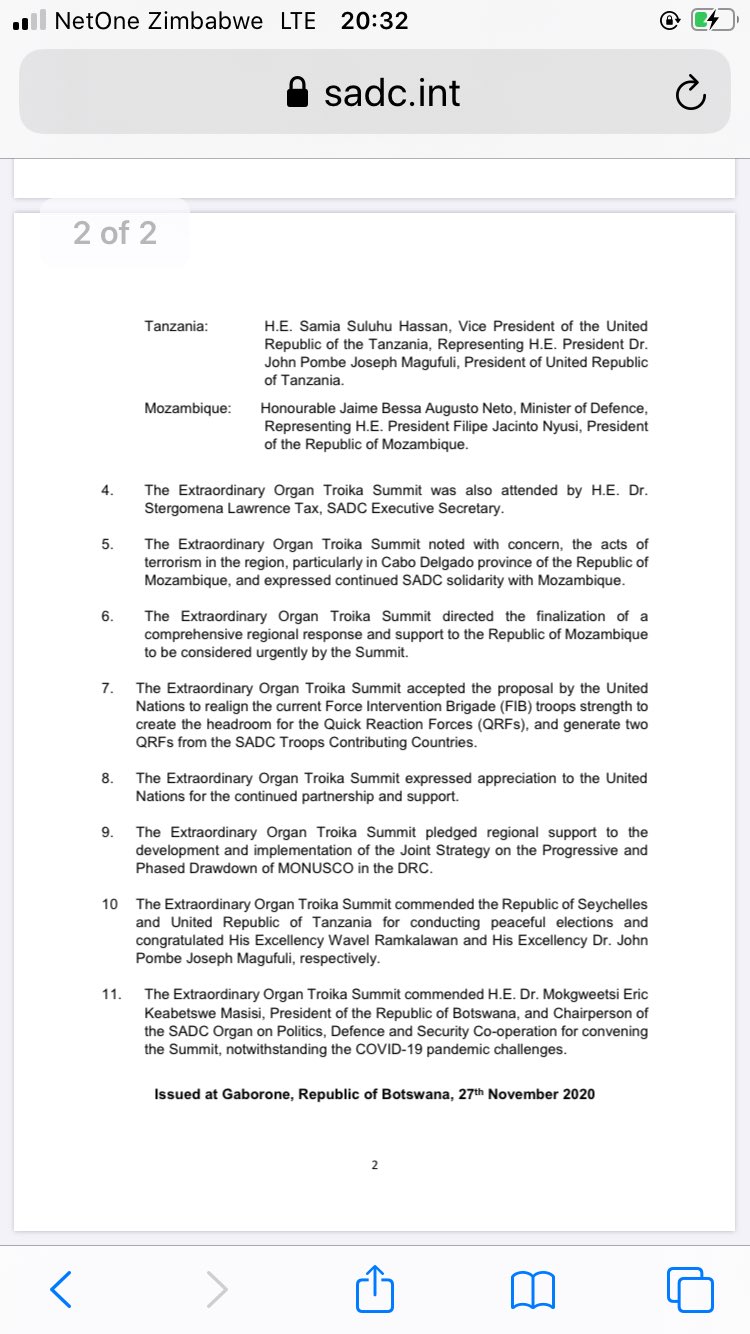