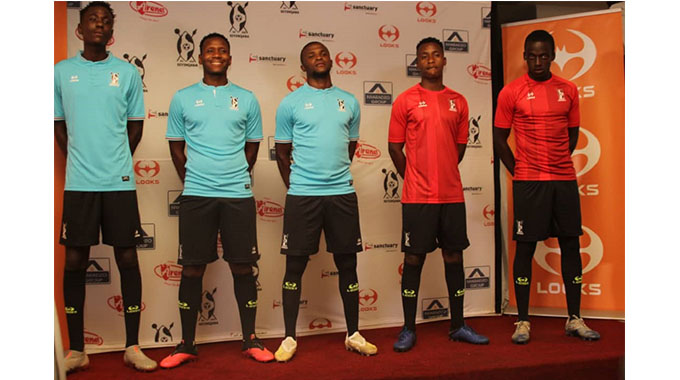 Bulawayo Football giants Bosso, yesterday unveiled a kit sponsoship deal they signed with On the Ball (OTB) Look Sportswear that will see the later providing kits for the former for the next 3 years, New Zimbabwe reports.

The $100 000 per season deal will see Bosso receiving match kits, training kits, bench regalia, travelling tracksuits while OTB will provide a replica for the club’s fans.

The designers of the jersey left the chest space used for branding blank because it is avalibale for new patners in the upcoming season. Speaking at the unveling ceremony. the club’s chairman Kenith Mhlope said  they were excited about the deal:

The process of identifying, consideration and agreeing on the technical partnership with OTB began shortly after the commencement of the current year when we all looked forward to a new football season.

It is a process that excited us then as it does now even though we hoped our kit would be launched for use half-way through the season.

Unfortunately, Covid happened and progress from then on became slow, retarded and sometimes frustrating as the whole world responded to the pandemic by shutting down almost all forms of commercial life.

We will be announcing the details of our replica sales points in the next few weeks as soon as clearing the procedures and delivery of the first replicas is complete. The kits we have seen today give the confidence that the relationship that has been ignited will certainly set us apart in many ways than one.

Commenting on the deal OTB CEO Peter Chveso said they are happy to patner with Boss:

We are very proud to announce our engagement with Highlanders, the oldest and one of the biggest teams in the land.

We hope to announce more partnerships in the coming months as we continue to drive our Look good, Feel Good campaign. The strength of our brand lies in our ability to create a new and unique look for our clients.

Customisation is now the name of the game. We take our time in understanding each and every one of our clients, we understand the individuality of football and the need to be set apart.