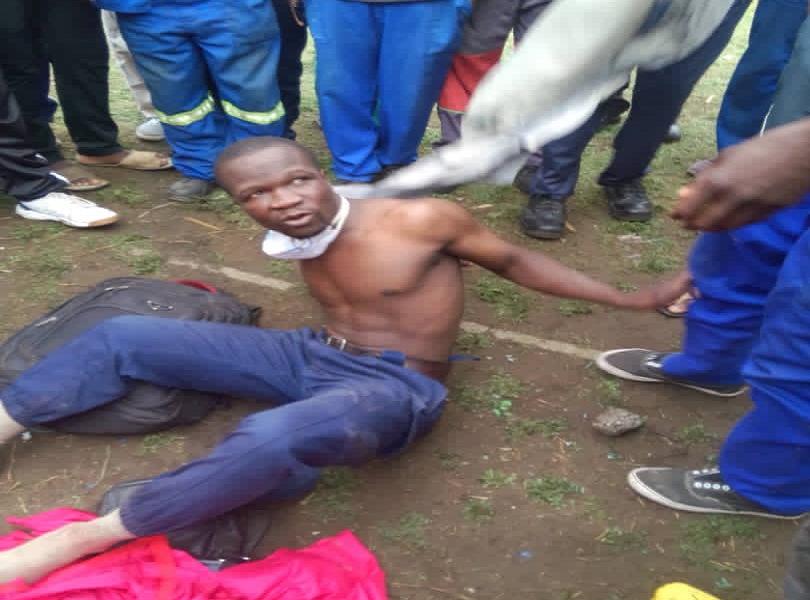 Mob Justice: Police officers chased after a kombi along Simon Mazoredze resulting in the loss of life.

The Zimbabwe Republic Police regrets the loss of life in a road traffic accident which occurred along Simon Mazorodze Road near Total Service Station on 26th November 2020. The incident is unfortunate.

The Police implore kombi operators and drivers to comply with the country’s laws in order to safeguard lives.

The Zimbabwe Republic Police is equally concerned about the rowdy commuter omnibus drivers’ conduct who have become militant and dangerous to other road users and police officers enforcing laws of the land. Some of them have even removed number plates to avoid detection.

Upon seeing police officers coming to arrest them they speed off and in the process endanger the lives of pedestrians and other motorists.

The public is implored not to board kombis or other vehicles not displaying number plates as they risk being killed or injured as the unruly drivers will be running away or speeding off to evade arrest.

On the other hand, police officers enforcing traffic laws and COVID -19 regulations are urged to conduct themselves according to the laws of the land and avoid acting in a manner which endangers lives.

Members of the public are urged to report any acts by police officers which are contrary to their constitutional obligations.

The Zimbabwe Republic Police is conducting investigations into this sad incident.