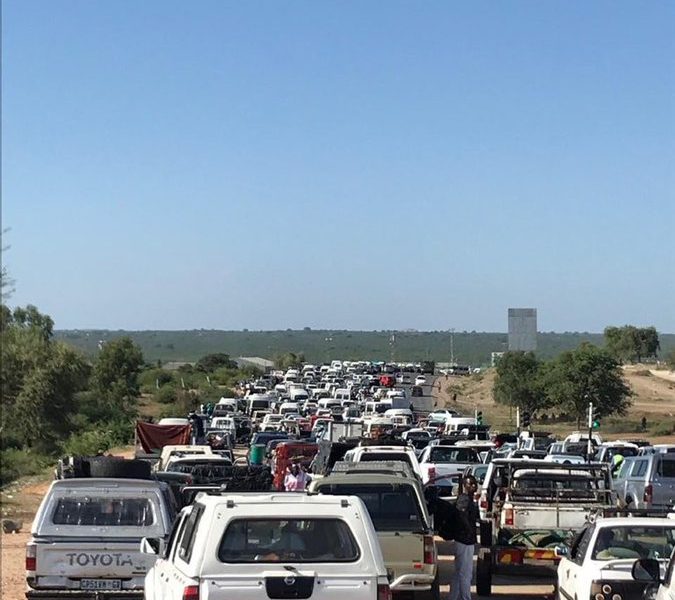 Zimbabwe’s Home Affairs and Cultural Heritage minister, Kazembe Kazembe, will today (Friday) meet his South African counterpart, Aaron Motsoaledi, at Beitbridge Border Post where they will discuss ways to tackle congestion at the border which is deemed to be Southern Africa’s busiest border, eNCA reports.

According to eNCA the visit came a few weeks after the AFP revealed corruption at the border and how Zimbabweans are buying and smuggling goods in between the 2 countries following the lockdown which started in March:

The meeting comes just days after eNCA exposed rampant corruption at the border between the two countries.

The ministers will also discuss plans to tackle traffic congestion at the port of entry. The Beitbridge border post is one of the busiest on the continent. On busy days, queues of trucks can stretch for more than eight-kilometres.

The meeting comes 3 days before Zimbabwe reopens the Zimbabwean border to travelers going to South Africa. Authorities at the border have lamented the traffic congestion which sometimes takes days to clear off which will only be exacerbated by the human traffic which will be open starting 1 December.