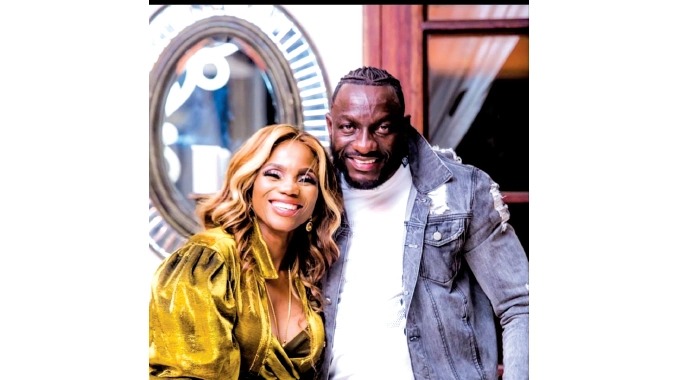 Zodwa “Zozo” Mkandla, the ex-wife of flamboyant businessman Genius “Ginimbi” Kadungure has rejected rumours claiming that the late socialite had a snake which vomited money.

Zozo told The Sunday Mail last week that she met Ginimbi in 2006 when he was 23 and became “just friends” and it was only in 2009 that they started dating.

She said when they first met, Ginimbi had “nothing” but as a hard worker with only one Ordinary Level subject (Agriculture) to his name, he entered the gas business and worked himself to the top. Said Zozo:

When we first met, Genius had nothing to his name — anga asina chinhu (he had nothing) — but the man was such a hard worker.

He would wake up at 5 am to do his gas business. He continued to work hard throughout his life until he made it to the top.

I was the first in business, hence I was wiser. Genius had bigger business ideas but I always helped him with the wisdom. Likewise, I would go to him for business advice.

What I can say without any shadow of a doubt is that Ginimbi was a go-getter and never used juju.

If there are snakes which vomit money, why can’t people get them and be rich? I watched Genius grow from nothing to a millionaire through sheer hard work.

Zozo also dismissed claims that Ginimbi’s “All White” parties were rituals associated with his ventures. She said:

We all have our colours and his theme was white; what has that to do with mushonga (rituals)? I lived with Genius and I never saw any juju or rituals.

The parties were just him having fun. Anga arimunhu aida zvekunakirwa hake (he was just someone who liked to have fun).

Kadungure died on 8 November 2020, in a road accident along Borrowdale Road in Harare that also claimed the lives of three of his friends; Limumba Karim, Mitchelle “Moana” Amuli and Alicia Adams.

He was pulled from the vehicle shortly before he died but his three companions were burnt beyond recognition after their Rolls-Royce exploded.