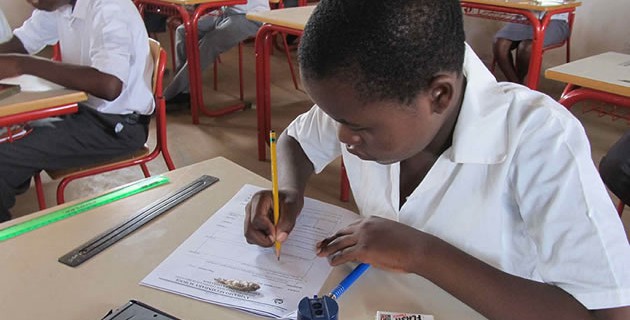 Education stakeholders have expressed serious concern over the quality of the exams about to be written and they have said the teachers’ strike could have compromised the results especially for O and A level students, which will further compromise the country’s education system reputation, the Daily News reports.

Speaking to the publication, Amalgamated Rural Teachers Union of Zimbabwe (ARTUZ) president Obert Masaraure said stakeholders were mainly concerned about the reputation of the country’s education system if they are allowed to go ahead. Said Masaraure:

We are not only preoccupied with results, which are usually doctored to conform to a desired normal distribution curve. We are more concerned with the exit profile of the learner and the overall quality of our education system.

Imposing examinations on these unprepared learners compromises our education and the exit profile of learners. Our learners are transiting to next learning levels without acquiring critical mandatory knowledge.

Progressive Teachers Union of Zimbabwe (PTUZ) secretary general Raymond Majongwe weighed in, saying it would be foolhardy to read much into the results of the June examination as the majority of the candidates were those retaking them after initially failing.

Those results do not even reflect the extent to which knowledge was acquired. Those low pass rates, I can
assure you, were tampered with by the authorities who wanted to project a picture of normalcy, that nothing has really changed compared to last year.

The truth of the matter is that those sitting for the November examination were last taught in March and to think that they will sit an examination and come out with a credible result is the height of tomfoolery.

The authorities must sober up and ask themselves where they intend to take this country’s education. They are killing our children. There is no examination to talk about. It’s all unreasonable.

The government has said if exams do not go-ahead the development will cripple universities and other tertiary education institutions in 2021.