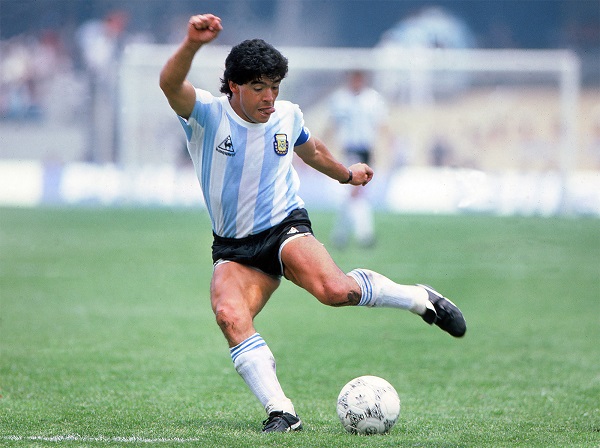 One of the greatest footballers of all time, Diego Maradona, has died of a heart attack at the age of 60.

The former Argentina attacking midfielder and manager had successful surgery on a brain blood clot earlier in November and was to be treated for alcohol dependency.

Maradona was captain when Argentina won the 1986 World Cup, producing a series of sublime individual performances to lead his team to glory.

He played for Barcelona and Napoli during his club career, winning two Serie A titles with the Italian side.

The phrase “The hand of God” was coined to describe a goal that Maradona scored in Argentina v England during the 1986 FIFA World Cup.

The controversial goal was scored on June 22, 1986, at the Azteca Stadium in Mexico City.

During the 1994 World Cup hosted by the United State of America, Maradona was sent home after failing a drugs test for ephedrine.

During the second half of his career, Maradona struggled with cocaine addiction and was banned for 15 months after testing positive for the drug in 1991.

He retired from professional football in 1997, on his 37th birthday, during his second stint at Argentine giants Boca Juniors