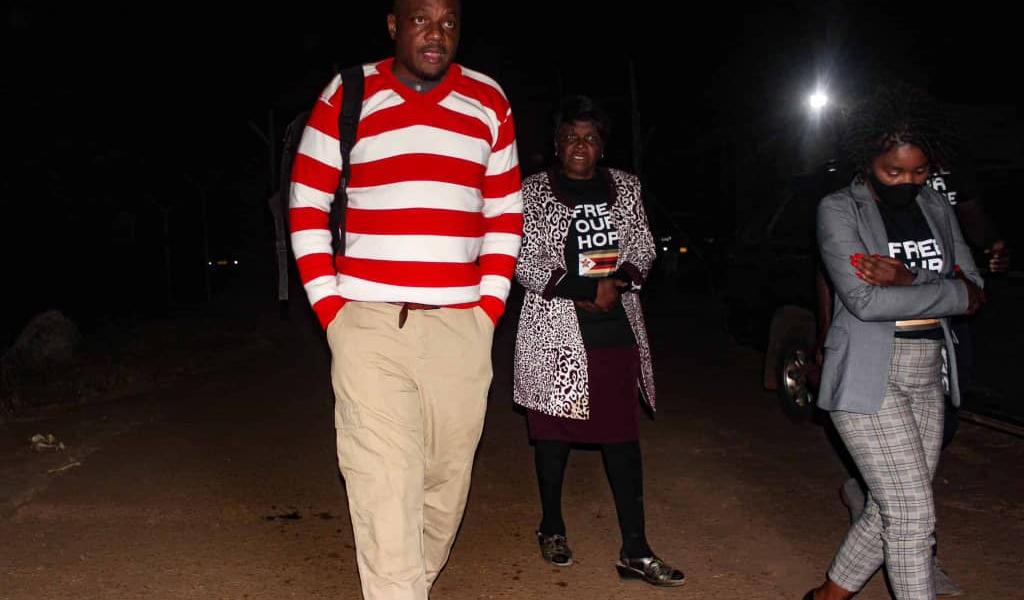 University of Kent law lecturer, Alex Magaisa says the statement by Superintendent Muchada in the case against Hopewell Chin’ono shows that the prominent journalist is not being prosecuted but persecuted.

Chin’ono was arrested on 3 November on charges of defeating or obstructing the course of justice. He was out on bail on charges of incitement to public violence going back to July.

In his analysis of the papers given to Chin’ono’s lawyers today by the National Prosecuting Authority (NPA), Magaisa wrote on Twitter:

This statement by Superintendent Muchada in the case against Hopewell Chin’ono is terribly weak. He couldn’t even get the dates right. In paragraph 1 he recalls events on 16 July 2020 but in paragraph 6 he refers to 16 October 2020 as the same date. Such elementary errors.

In paragraph 6, he says he came to the conclusion that the accused had committed “an offence”. But he does not state the nature of the offence. There’s not even a reference to the statute. He talks about policy issues like re-engagement which are superfluous and irrelevant.

In paragraph 7, he says the accused said “Zimbabwe will never be free … through elections” & interprets that to mean he “opted to incite the populace to use “any means”. An opinion is not an offence. He doesn’t say what & how expressing an opinion is incitement.

In paragraph 8 he says “a lot” of people who read the tweets “started” mobilising. What is “a lot”? How does he know they “read” the tweets?

How does he establish a causal connection between the tweets, their being read & the so-called mobilisation that he says “started”?

The Superintendent also draws a false cause between Hopewell’s tweets and the actions of Jacob Ngarivhume and Job Sikhala.

It’s as if they were driven by Hopewell’s tweets to “start” mobilising for July 31 when in fact they made their calls much earlier. Man is not credible. 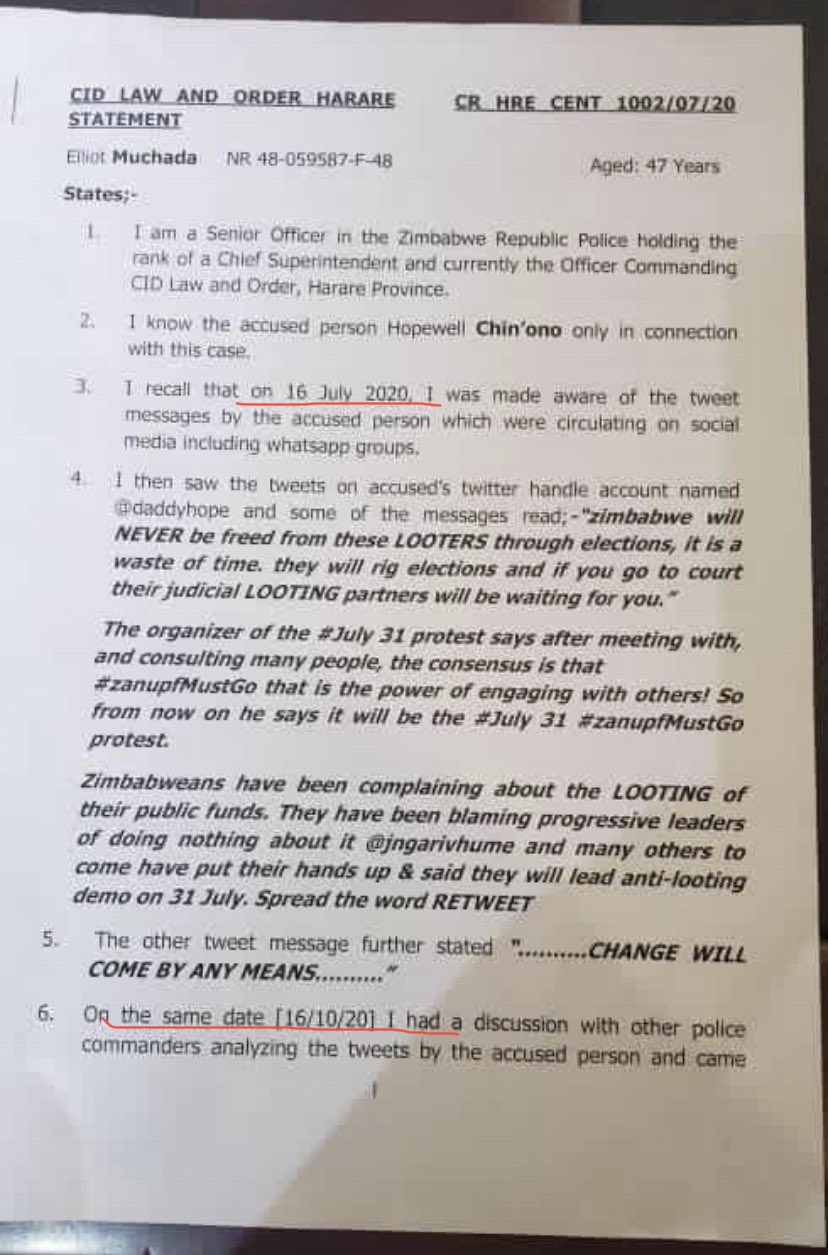 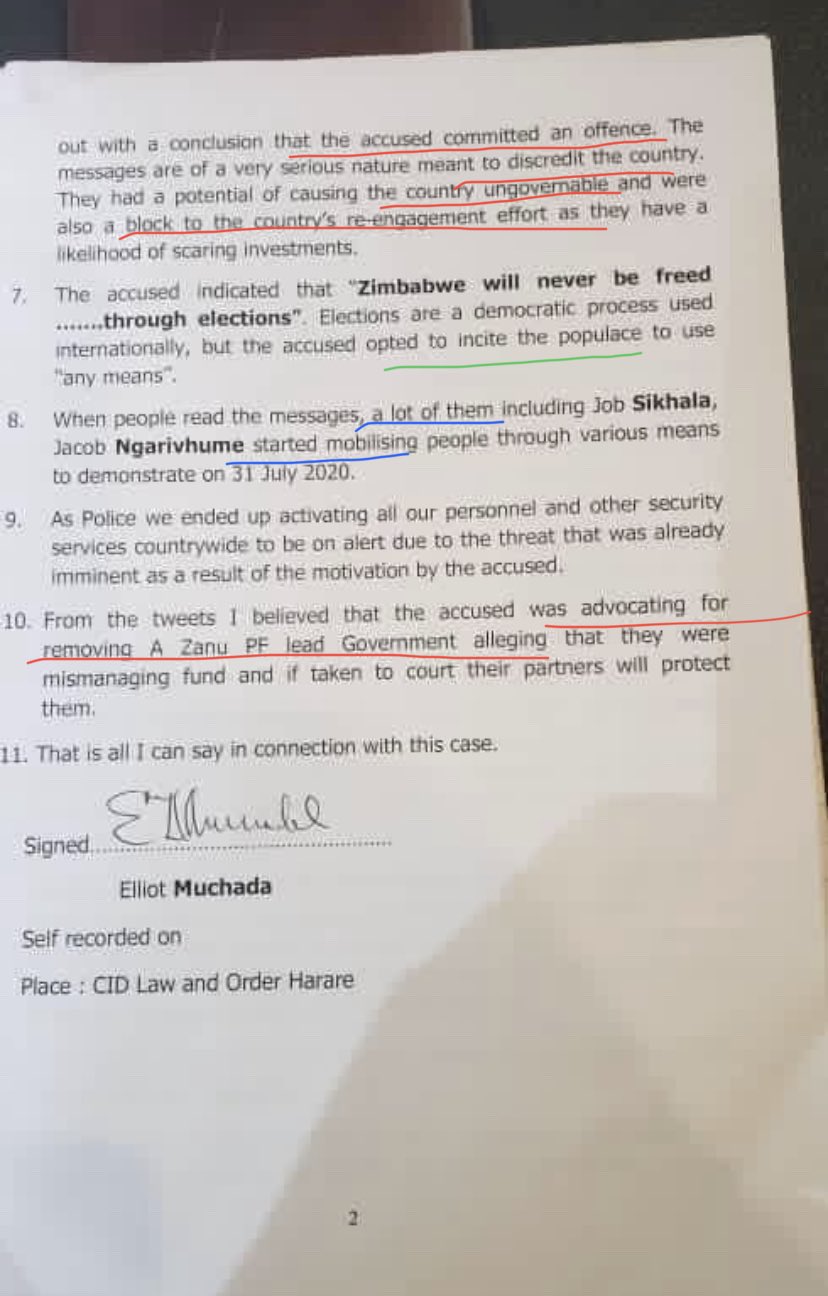