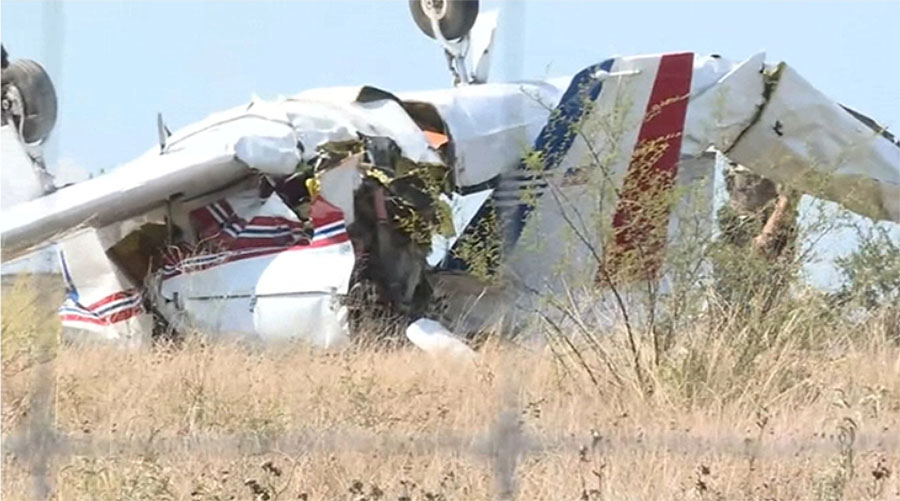 The wreckage of the Air Force of Zimbabwe jet which went down in Gweru on Tuesday. 24/11/2020.

Two journalists were on Tuesday, 24 November 2020 picked up and detained by soldiers from the Air Force of Zimbabwe (AFZ) in Gweru for about four hours.

The reporters were detained after they were found taking pictures at the crash site of an AFZ plane in Somabula just outside the Midlands capital and were forced to delete the pictures. A report by MISA Zimbabwe reads:

Elizabeth Mashiri the Assistant Editor for The Masvingo Mirror and Patrick Chitumba the Bureau Chief of Midlands province for The Chronicle, were detained after they were found by [soldiers] taking pictures at an accident site where an Airforce aeroplane is reported to have crashed.

When MISA-Zimbabwe communicated with the duo upon their release from captivity, they highlighted that they were made to do toyi-toyi; their phones were confiscated and forced to delete the pictures from the scene of the accident as well as other phone contacts.