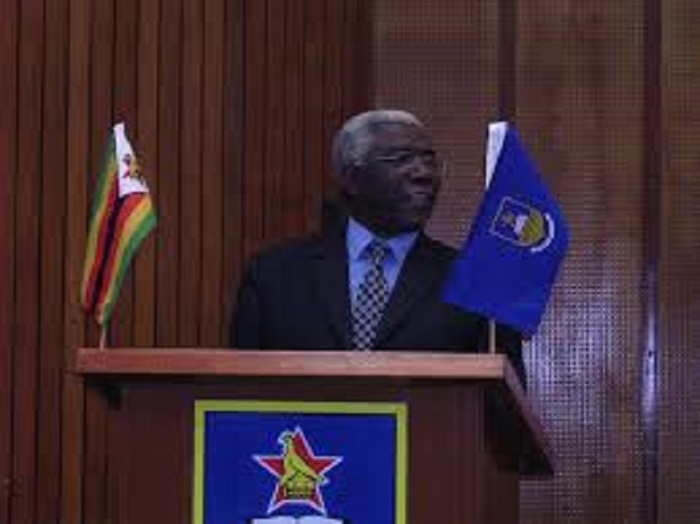 Nyagura is facing charges of criminal abuse of office after he illegally awarded former First Lady Mrs Grace Mugabe a doctorate in 2014.

The matter was set for trial this Tuesday but Nyagura indicated that he had sought the services of a new lawyer-Advocate Tawanda Zhuwarara who was represented by Advocate Tafadzwa Mapuranga who indicated that the former was engaged at the High Court.

He sought for a postponement of the matter on the basis that Adv Zhuwarara who was needed time to go through the record for him to prepare for trial.

The postponement did not go down well with both the magistrate and the prosecution which accused Nyagura and his defence team of playing games with the court. Mutevedzi said:

This matter has been pending since 2018 and the accused person should have instructed a lawyer of his choice long time back. Why did he instruct him on Friday? Who was holding him back? I have been very tolerant with this matter. We cannot continue to be told that the matter can’t proceed to trial every time it’s set down for trial. We cannot do what suits the defence always. You cannot just wake up and impose trial dates of your choice. I want Adv Zhuwarara to come to court and answer certain questions.

Mr Mutevedzi postponed the matter to the second week of January next year and it is expected to run for five days.

The case has been pending since 2018 and Nyagura has changed lawyers in between and unsuccessfully made a number of applications prompting a delay in trial commencement.

Some say Nyagura is blameless as he was arm-twisted by the powerful first family while some say he could have resigned in protest.

One Comment on “Magistrate Fumes Over Nyagura’s Delaying Tactics”