The Zimbabwe dollar marginally lost ground to the United States dollar in Tuesday’s weekly forex auction, after trading at $81.81 against US$1 weakening by $0.14 from the premium of $81.67 recorded last week.

The official exchange rate has sustained stability for over two months as the premiums continue to hover around $81.

Meanwhile, the Reserve Bank of Zimbabwe (RBZ) allotments to industry Tuesday rose, further-reaching a new high of US$32.9 million coupled with the official exchange rate stability.

The auction first reached the peak in September this year after allotting US$31.6 million to industry. 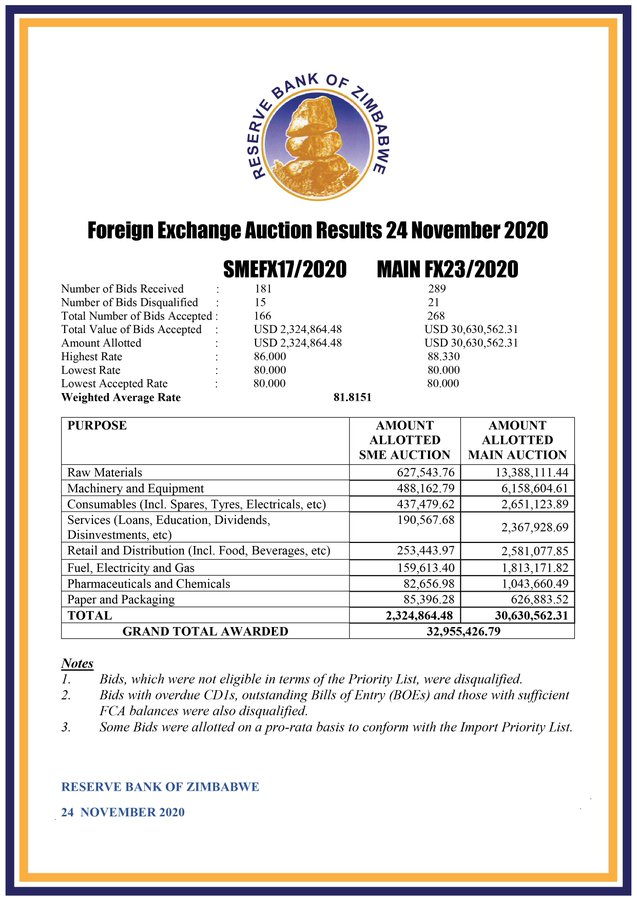