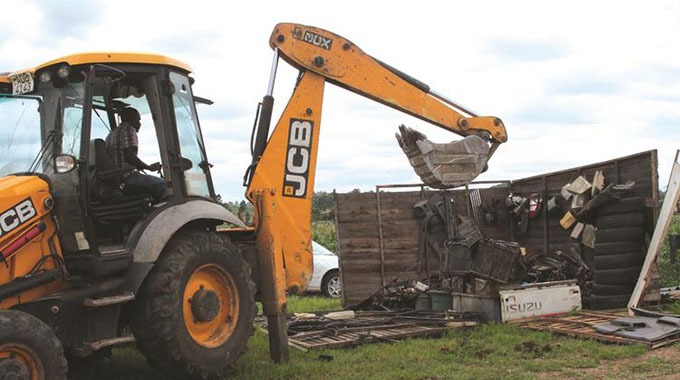 The Provincial Development Coordinator (PDC) for Harare, Mr Muguti, last week instructed Harare City Council to unleash mass demolitions on illegal settlements.
Muguti made the remarks at a full council meeting held in Harare at Town House last week. He said ere will be no regularization without prosecution. Muguti added:

All illegal settlements should be evicted and those who have an opportunity to be regularized, planning should commence immediately through the Ministry of Local Government and Public Works.

The City of Harare obtained a High Court Order to demolish “illegal” settlements in the City and twenty housing cooperatives will be affected by the recent High Court Order.
This has given goosebumps to residents who were allocated stands on wetlands by the City of Harare in areas like Mabvuku (behind Simudzai Primary School) and Tafara (near Tafara Cemetery).
Meanwhile, the ruling ZANU PF is adamant no demolitions will be carried out especially in Kuwadzana saying they will engage the local authorities for the regularisation of the structures.
The Combined Harare Residents Association has called for the depoliticisation of land governance in Harare saying the issue has seen the emergence of land barons and partisan corrupt allocation of stands in the City.
More: CHRA