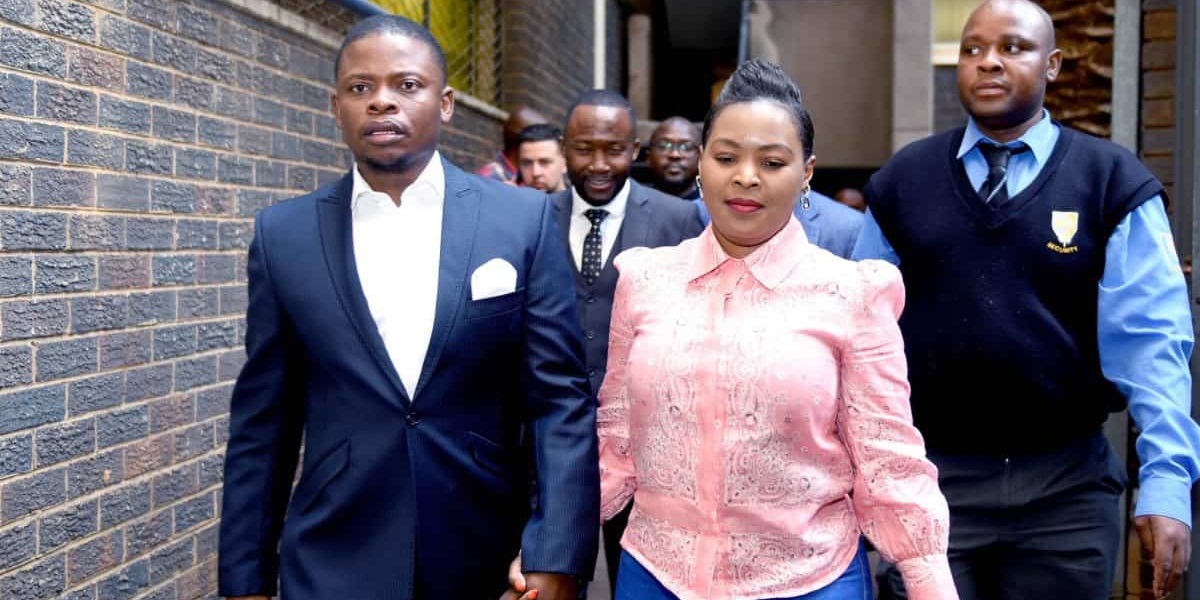 Solomon Harudzibwi has shared a Twitter thread by Piet Mahasha Rampedi, an editor at AfricanTimes News and ex-radio talk show host, which suggests that Malawian preacher, Shepherd Bushiri and his wife Mary skipped South Africa’s borders with the help of both Presidents Cyril Ramaphosa and Lazarus Chakwera. The Bushiris are wanted in South Africa for alleged fraud and money laundering involving R100 million. Below is the thread.

Bushiri approached Chakwera for help through the Malawian embassy; Chakwera instructed the embassy to hatch a plan to save Bushiri and his multi-million rand assets or smuggle him out of South Africa;

Malawian intelligence operatives at the embassy considered options, including smuggling him through Mozambique, whisking him off in the presidential jet, or lobbying for Mary’s acquittal and a lesser sentence for Bushiri;
After spending two weeks in jail, Bushiri was given the options and flatly refused the SA jail option; Chakwera, through the Malawian embassy, then lobbied the Ramaphosa administration for assistance;
The Malawians banked on their constitution which protects diplomats and bars extraditions unless the suspect was sought for murder or treason.
Some members of the judiciary were then lobbied to ensure Bushiri was released on “soft” bail with less stringent conditions, no attachment of his bank accounts and assets except the R5m property in Centurion;
Both governments agreed to approve Chakwera’s request for a state visit and use it to smuggle Bushiri out via Air Force Base Waterkloof; An advance team was then sent to SA to finalise logistical preparations for Bushiri’s escape;
The Bushiris were fetched from their home in Centurion in a Malawian embassy vehicle and issued with false diplomatic passports and had facial cosmetic changes applied on them;
However, SA police, military and diplomatic officers at Waterkloof raised questions about three passengers – two males and a female – whose names did not appear on Chakwera’s preapproved passenger list;
With rumours that the Bushiris failed to report to the police station, the officials got more suspicious as the height of two passengers resembled that of Bushiri and Mary;
A fracas ensued as the military police wanted to detain the three passengers, but the Malawians sought Department of International Relations and Co-operation Minister Naledi Pandor’s intervention;
Pandor dispatched officials to sort out the problem &!they agreed the 3 suspicious passengers would be allowed to board Chakwera’s plane at OR Tambo; Chakwera’s plane made a stopover at OR Tambo, 25km from Waterkloof, to pick up the advanced team which included the Bushiris;

Bushiri and Mary, with facial cosmetics to disguise them, were whisked onto the place through the diplomatic entrance; Three members of the advance team were left behind to secure and dispose of Bushiri’s assets;
The plane left SA shortly after 10pm last Friday and landed in Malawi after midnight;
The Malawian government ordered a media blackout at the airport before Chakwera’s arrival;
The Bushiris disembarked from the plane immediately after Chakwera and his wife;
Some journalists managed to capture footage of the Bushiris disembarking; but the Malawian intelligence later confiscated and classified it as top secret;

19 In SA, intelligence officers and some government officials lobbied or spun journalists and editors to blame the country’s porous borders and corruption for Bushiri’s escape.