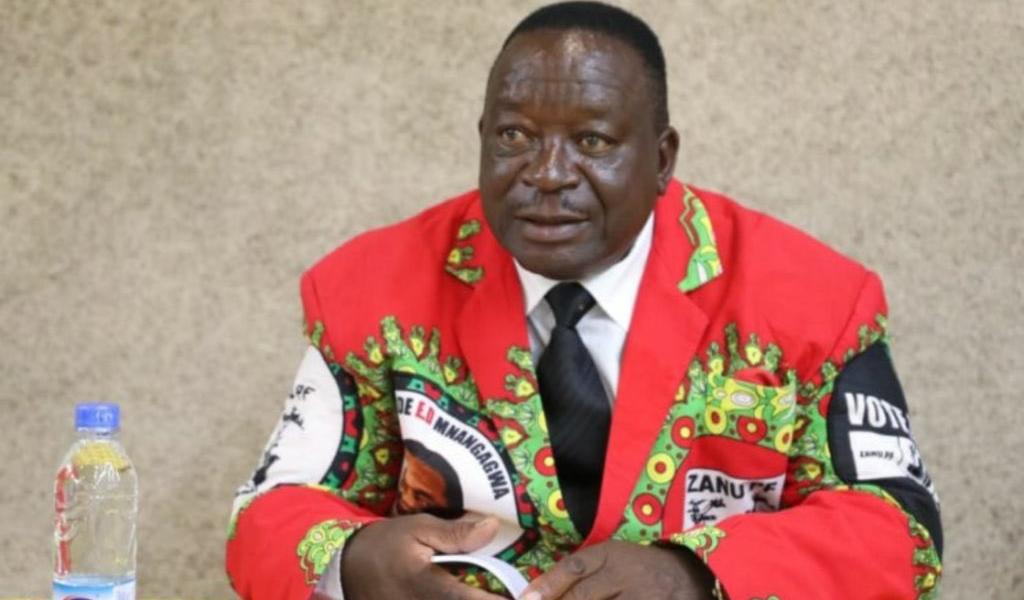 Zanu PF has released a statement following widespread stories that the party’s political commissar Victor Matemadanda was poisoned at an event last week.

The ruling party said Matemadanda sought medical attention after he fell ill and he is recovering well. Read the full statement which says nothing about the cause of the illness below:

ZANU PF STATEMENT ON THE HOSPITALISATION OF CDE MATEMADANDA

ZANU PF wishes to inform the Party membership and the generality of the public that the National Political Commissar, Cde Victor Matemadanda has been unwell since last Saturday, the 1 of November 2020.
Cde Victor Matemadanda’s sudden illness was accompanied by itchiness of eyes, sweating profusely, swelling of the body and vomiting badly, resulting in him rushing for medical attendance.

He has since been attended to and is recovering well as other symptoms have disappeared except itchiness of eyes which is still persisting. Medical tests are being carried out and the doctors are examining the situation to establish what could have caused such illness.

As such, members of the public and the Revolutionary Party structures and membership in particular will be kept informed of the situation in due course. 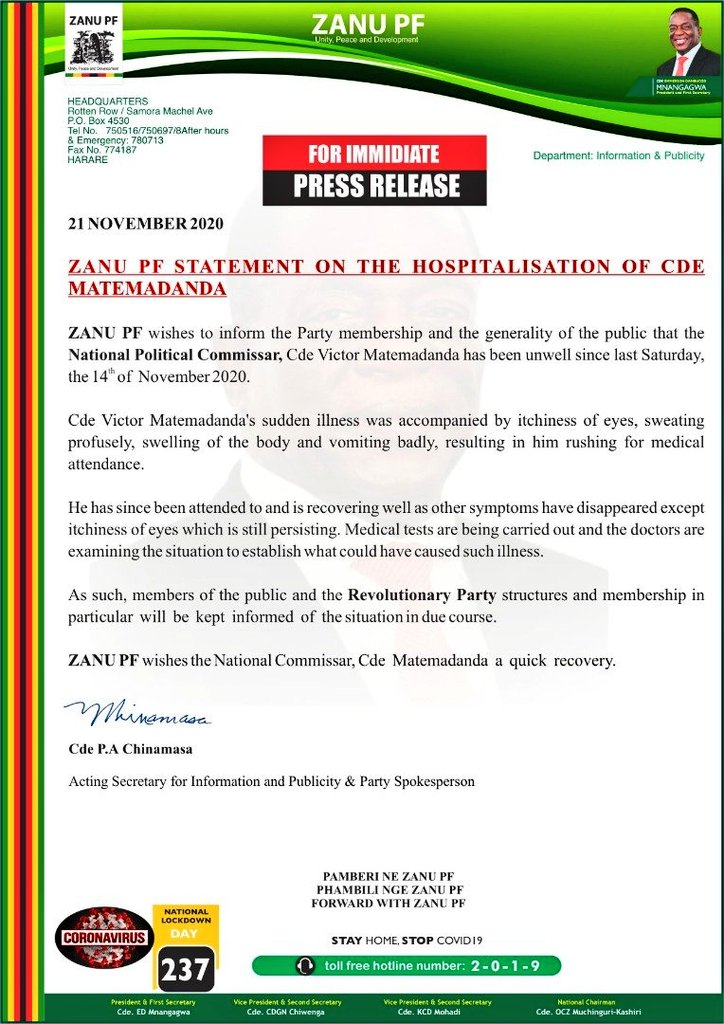