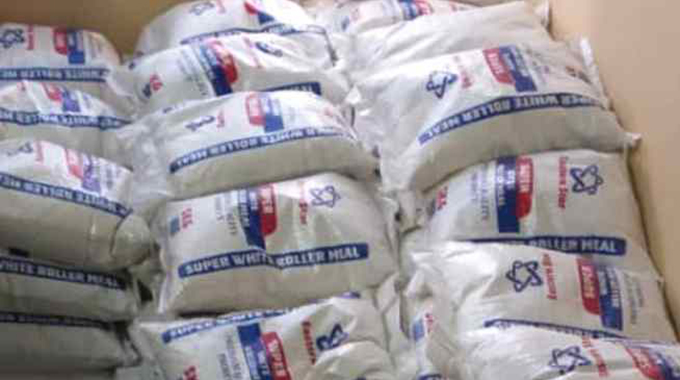 Politicians who are well known in Manicaland are reportedly selling branded maize-meal from donor agencies meant for underprivileged members of the community.

The maize meal is being sold at the prevailing retail price by unscrupulous shop owners across the province who get the product from vehicles owned by known politicians.

USAID Zimbabwe Development Outreach and Communication Specialist Dorothy Hove said they have since launched full-scale investigations into the matter.

In Chingome Village in Marange, a 10kg bag of maize-meal is going for US$5 while a shop owner in Mashukashuka Village, Luston Mutsaru, said they buy the mealie-meal at US$3.70 ‘from passer-bys’ and sell it US$4.50 per 10kg bag.

Abigail Sithole of Chingome Village in Marange said they are buying the donated maize-meal for US$5. She said:

That is the same price for other brands of maize-meal. We have seen various trucks delivering the commodity to the shops. Some of the vehicles are owned by known politicians.

Manicaland Province Development Coordinator, who also heads the provincial Civil Protection Unit, Edgars Seenza, said he was not aware of the development.

Manicaland, like all the other provinces in Zimbabwe, was affected by a severe drought its food challenges were compounded by Cyclone ldai.