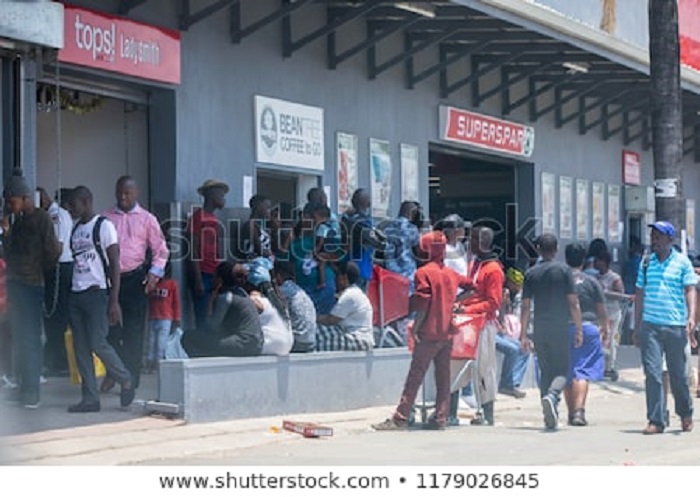 A Zimbabwean woman living in South Africa was badly injured when employees at a SuperSpar set her on fire for stealing a packet of meat worth R25 on 10 November 2020.

The 40-year-old woman said she sustained burn wounds on her waist, arm, leg and vagina when three employees at the shop doused her with methylated spirits and set her alight.

She said it was out of desperation that she stole the packet of meat from Spar.

The woman, who asked for her identity to be withheld, told GroundUp that she arrived in Musina, South Africa on 2 November 2020 in search of work.

The mother of five said that her husband died in 2012 and she was battling to put food on the table for her young children, two of whom still go to school.

She said when she was caught, she never denied anything but showed them the meat and explained her situation and apologised.

The employees, however, kicked her and poured spirits onto her skirt and set it alight.

Musina residents came to her rescue and called the police who responded quickly. The residents immediately demanded that the shop be closed. It re-opened the next day.

According to Colonel Moathse Ngoepe from Musina South African Police Service (SAPS), three people aged between 27 and 40 were arrested two days after the incident on 12 November 2020.

Ngoepe said all three appeared at the Musina Magistrates Court on 13 November and were granted bail of R1 000 each.

The Spar Group said the Musina Spar had confirmed the incident saying the store and its ownership were “shocked and saddened by these events and have offered our sincerest apology and support to the alleged victim, their family and the community.”