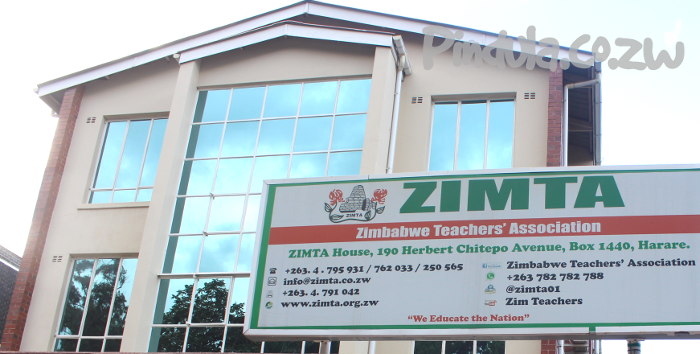 ZIMTA has warned teachers against “breaking the law” at the instigation of the unions they joined saying their unions will not assist them in the event that they get retrenched.

This comes as some unions have been influencing teachers to reject government salary offers which they said were insignificant given the deteriorating state of affairs.

Teachers have been refusing to return to school since reopening in September demanding the restoration of their October salaries, about US$500.

ZIMTA speaks when the government has threatened to strike off the pay sheet all teachers who have been boycotting lessons. ZIMTA said:

ZIMTA exists for many things. Mostly to promote, advance and protect the needs of teachers, and as such we will not stand by and watch as some vulnerable teachers lose their jobs, or salaries, or livelihood, due to some undue pressure from unrecognized, unorganized social media groups who continue to urge you to break the LAW.

Please be warned, these groups will be nowhere to be found in your time of need. Move with the professionals, move with US.

Meanwhile, government workers have finally accepted the government offer of 41% salary increment which includes allowances, with teachers getting an additional 10 per cent risk allowance.

The latest offer will see the least- paid civil servant earning about $14 500 while the lowest-paid teacher will earn a little over $18 000.

Government workers across sectors have since last year engaged in a series of crippling protests arguing that they were incapacitated to execute their contractual duties and responsibilities.

Relatively stagnant salaries were being eroded by the soaring inflation while a cocktail of measures by the government to cushion workers also proving to be less effective.

One Comment on “ZIMTA Warns Teachers Against ‘Rebellious’ Unions”