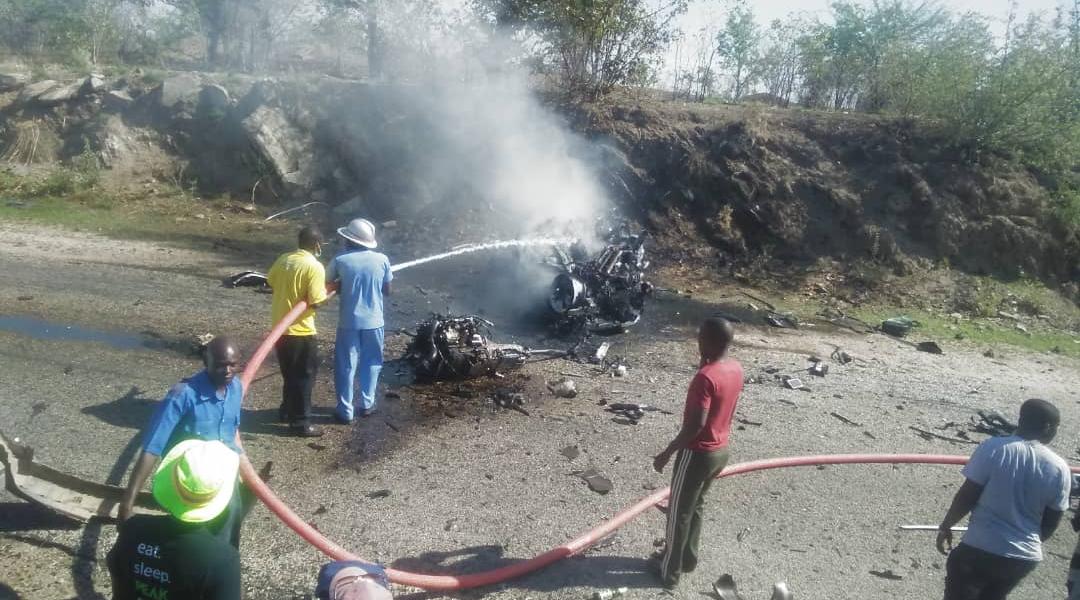 The fatal car crash which occurred in Kariba on Sunday involved people who were caught up in the euphoria of celebrating a female friend’s birthday, it has emerged.

The accident happened a week after businessman Genius “Ginimbi” Kadungure died in a car crash in similar circumstances.

Four people died on the spot and other injured when a Mercedes Benz collided head-on with a BMW near Kariba Airport on Sunday.

The occupants of the Mercedes Benz C200 were celebrating the birthday of a female colleague and are believed to have bought some beers at Nyamhunga Shopping Centre before heading for Airport Bar.

The birthday girl, only identified as Irene, did not join her colleagues after indicating that she wanted to attend to something else before joining them.

While Irene’s friends were driving to the Airport Bar, about 4km from Nyamhunga Shopping Centre, intending to pick her up for the celebrations, tragedy struck.

Three people were burnt beyond recognition when the Mercedes Benz burst into flames after colliding with the BMW.

Police spokesperson Assistant Commissioner Paul Nyathi said investigations into the cause of the accident were ongoing but speeding could have been the cause.

One Comment on “Kariba Birthday Celebration Ends In Tears”