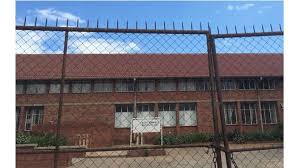 MDC-T interim spokesperson, Khaliphani Phugeni has temporarily relinquished his role to focus on allegations of raping an unnamed woman in Bulawayo.

Phugeni allegedly had unlawful sexual intercourse with the woman who could not be named for ethical reasons,  without her consent during the period extending from June to November 2018, at Emhlangeni and in Magwegwe West, Bulawayo.

Phugeni, who doubles as MDC-T leader Thokozani Khupe’s spokesperson, has denied the charges saying they are politically-motivated. He said:

As you know that I am defending myself in court against malicious, politically motivated charges; I am therefore requesting a leave of absence from November 13, 2020, to the conclusion of the aforementioned court process, I will be back at my desk with my full attention to the information and publicity department as always.

MDC-T secretary-general Douglas Mwonzora said Hatfield MP, Tapiwa Mashakada, who is Phugeni’s deputy, will take over as spokesperson of the party.