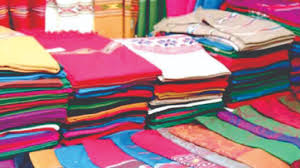 Statistics released by ZimTrade showed that the country’s clothing and textile exports registered a 58% decline to US$17 million between January and August this year.

The decline has been attributed to the outbreak of the COVID-19 pandemic which resulted in governments across the world imposing lockdowns from March.

Zimbabwe’s clothing and textile sector exported goods worth US$42 million during the same period (January to August) last year.

The country recorded an increase in total exports to US$2,56 billion between January and August 2020, but trade performance could have been better had sectors like agriculture, clothing and textile and arts and crafts not been affected by the coronavirus. ZimTrade said:

The largest drop was in the clothing and textile sector, which registered a 58% decline from US$42 million between January-August 2019 to US$17 million during the same period this year.

A coordinated approach to addressing some of the challenges faced by players in this sector could help improve its contribution to national exports.

To make the sector competitive again, ZimTrade said there is a need for a coordinated approach to addressing some of the challenges faced by players in the sector.

It said production enablers for the sector, such as water, energy and transport, which form significant proportions of their cost drives, should not only be available but also affordable.