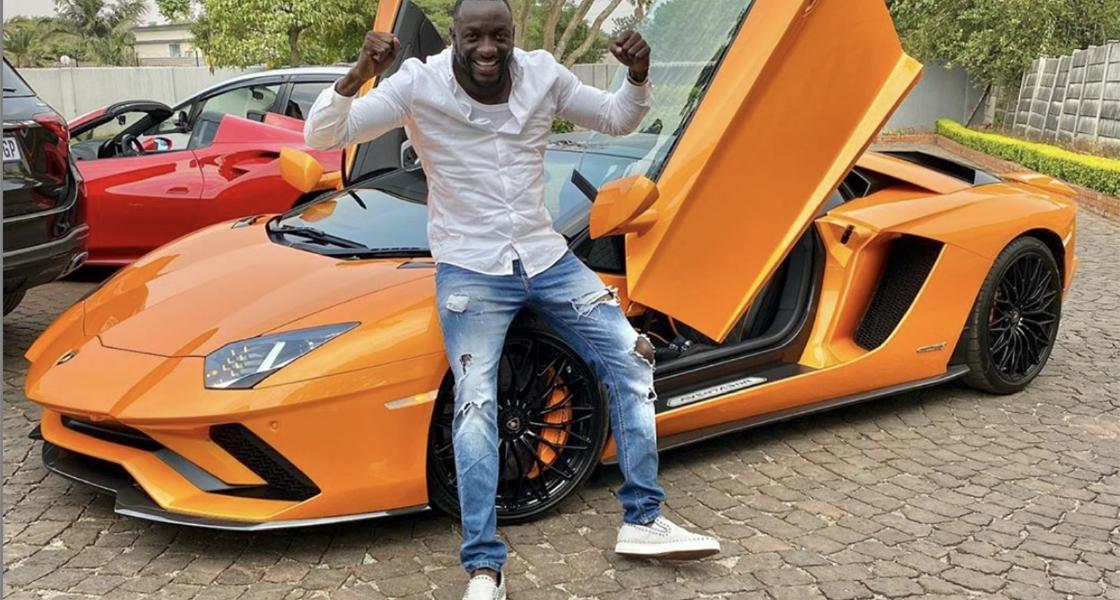 When I see you again.

I would tell you that I cried for 24 hrs till my heart bled out. I know you would laugh and say ‘Poki haupenge here?’

When I see you again, I would tell you how the dot. com association started while you were still lying lifeless at the scene. The Registrar Generals of heaven already had the list of ‘entrants’ ready before you arrived at the mortuary.

The Conspiracy theorists haven’t stopped, they even had pics of a ‘red coffin that you had bought yourself’.
I can already hear you saying, ‘Chinditaurira’.Oh, the tales! You know you that nigga when you cause all that conversation!

15 years! I used to leave Monash to come to pick you up from Sandton and drive you 1 hour out of town so that you could meet with Gas suppliers. This is how we bonded, over long drives to Germiston. They speak ill about you because they were not there when we were shooting in the gym.

I want to tell them you only got one ‘O level’ subject which was Agriculture. You didn’t even collect the results😂. But 5 mins with you was enough for even a layman to see you had a level of street-savvy that was captivating. You had a knack for the right opportunities, you knew which deals would have the highest returns. Gas, Fuel, Tobacco, Machinery, Promoter, Nightclubs, Real estate, Transport and GCK Securities. They ask for your source of income as if you needed their collateral to be great.

A village boy who grew up watching Falcon Crest and Dynasty. Your hunger was a different kind of hunger. You defied all odds. Without Education, without ‘textbook’ looks, without a handout. Started selling phones in town, soon met a man who traded in Gas and saw an opportunity. It’s from being his middleman that you learnt the ropes of the Trade to become the King of the South.

I think about your life from when we became friends 15 years ago. What did you not achieve? By age 22, you owned a Range Rover and rented a 4 bedroom house in Greystone Park. By 25, you had bought a house in Botswana. Year after that you acquired a penthouse in South Africa. Soon after you started building your mansion in Domboshava.

I would swap coming to your funeral with visiting you in Remand Prison with your favourite Chicken wings. I would rather spend the day under the hot sun, listening to you shouting at the top of your voice by that prison Fence. I would give anything to hear you tell the guys in prison ‘come see Poki awuya’. It didn’t matter where we went, you showed off with me everywhere.

They know nothing of your struggles. We could be in a packed place and I would notice you were making endless phone calls. Take you to the side and say G what’s happening and you would say ‘Poki my truck just got seized on the SA side’. We would go back in and your energy would stay at a 100. You had mastered the art of hustling in silence. You were vilified for your hard work, your hunger intimidated people.

I would fight with you about cars so many times. G wait for a little before you bring in the Ferrari, these cars will bring too much heat on you. When u get arrested, I now have to come to prison and u knew I would say, but bro I told u let’s chill. But G believed that success must be seen and felt. His ‘toys’ were his biggest treasure, and his DM was testimony because every time a new car landed the girls came running 😂. I would punch in ……. (he had the dumbest password 🙄) read and be shocked who I recognized in there😂. Does your Handsome pay your bills?

He loved Rhumba and Tekno’s music so much. Frowning face, stank face moves. The King of Veuve Rich, he didn’t drink anything else. Seldom got wasted because he was always alert of his surroundings, of how his patrons were spending. He would watch bottles going across to tables and by the end of the night know exactly the number of bottles that he had seen go to each table. A shrewd businessman.

You showed the world that a black man’s success will always be questioned if you do not provide a blueprint as to how you are making it. No one questions poverty or why you are struggling. The moment you move out of your situation they want a conclusive report as to how you achieved that.

The moment you move out of your situation they want a conclusive report as to how you achieved that. Even those that could have assisted you while in the village now have a sense of entitlement as to how you should have now benefited them too. You faced many persecutions on your journey to the top, jailed 3 times.

The death of Andrew who they accused you of ‘sacrificing’. He had suffered from a heart condition for years, you had flown him out for surgery and done everything that your money could allow you but still, they will say ‘he didn’t take care of his family’. Mama’s cancer was detected too late but you paid hospital bills at Avenues for years till the inevitable happened. They will still say, ‘ he sacrificed’ his mother. Even with all that persecution, you would say ‘ Poki Haunga mise vanhu kutaura’. You knew that even with all the blueprints provided people would still find a way to say ‘how can a 36-year-old have amassed such wealth’.

Your bedroom was a public space for all your close friends, in a house with 10 bathrooms, you would say ‘Poki go use the one in the bedroom’.

On my way out I would stop by the dresser and spray every perfume there, you had an exquisite taste! A lover of luxury, your clothes had to be only the best designer because growing up in the village with no shoes gave you the motivation that when your tide changed, they would learn! When you bought new clothes you didn’t believe in saving them for a special occasion, the very next days you would wear them.

You could be friends with two enemies and never pick a side. 15 years, I never saw you fight even once. So many things people did to you that hurt you but you only expressed them to your closest friends. I want you to know I guard your legacy jealousy and I’m making it clear to those Individuals we haven’t forgotten. My loyalty to you can never be negotiated!

Bless you brother! In this lifetime and the next. Ginimbi!