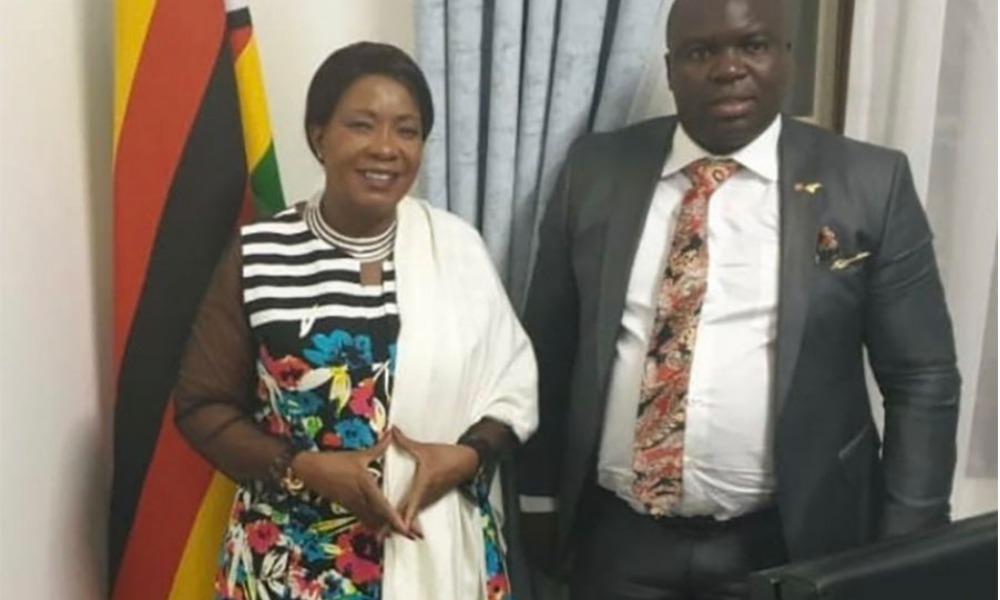 Delish Nguwaya, Drax International’s representative in Zimbabwe reportedly mocked jailed investigative journalist Hopewell Chin’ono on Friday, telling him that he cannot insult him (Nguwaya) and get away with it.

According to MDC Alliance (MDC-A) vice-chairperson, Job “Wiwa” Sikhala, Nguwaya went to Court 20 at Rotten Row Magistrates Court where Hopewell Chin’ono was waiting for the delivery of his bail ruling and made fun of him. Sikhala wrote on Twitter:

His name is Delish Nguwaya, the man currently charged of corruption involving the Covid funds. He came in Court 20 at Rotten Row yesterday where Hopewell Chin’ono was waiting for the delivery of his bail ruling taunting him, that he can not insult him and get away with it.

Nguwaya has been arrested several times, the latest arrest occurred in June this year after he allegedly misled government into believing that his company Drax International, also known as Drax Consult SAGL, was a medical firm and could supply COVID-19 equipment to the Health ministry.

Earlier this year, Nguwaya, duped President Emmerson Mnangagwa into believing his company had donated US$60 million to the government.

Meanwhile, Chin’ono was arrested for tweeting on corruption. He was at the forefront in exposing the suspicious dealings between Nguwaya and Ministry of Health officials.