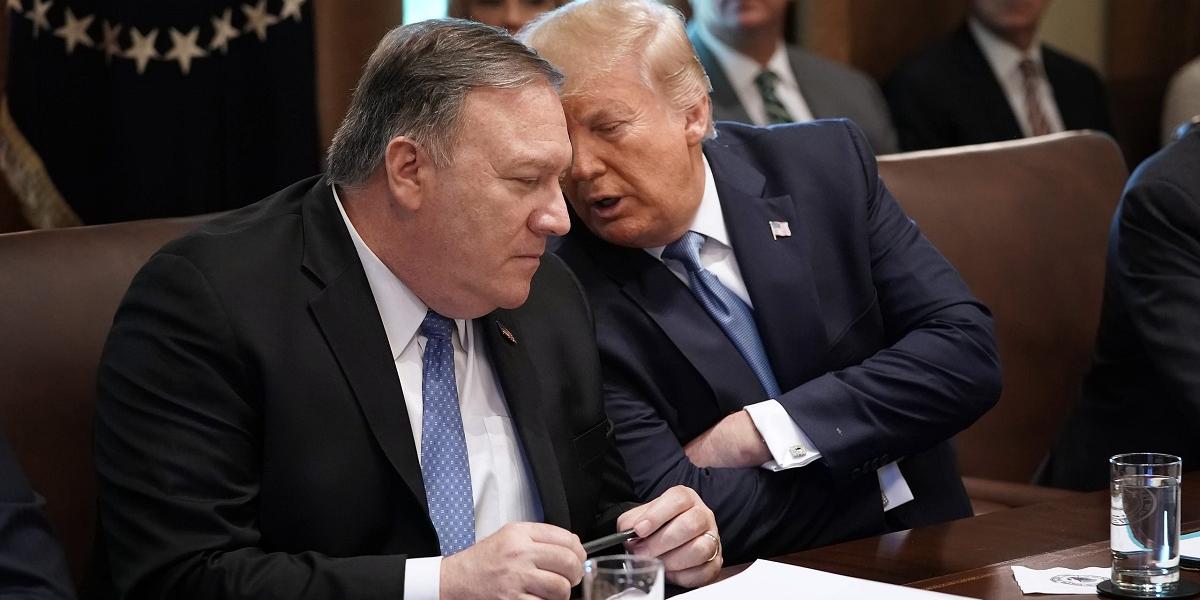 The United States’ Secretary of State Mike Pompeo has made startling remarks with regards to this year’s elections saying he expects a “smooth transition to a second Trump administration.”

For some, Pompeo’s remarks suggest that President Donald Trump who was defeated by rival Joe Biden would not handover power.

Trump has claimed that the election was marred by irregularities, has sued some states and has demanded that votes be recounted in some key swing states.

Pompeo’s remarks Tuesday suggest that those legal challenges might result in a Trump victory although legal experts have said his claims are weak, and even Trump’s allies in Congress concede the lawsuits are unlikely to change the November 3 election outcome.

Pompeo was asked during a news conference if the State Department would cooperate with Biden’s transition team – and if not, whether that would pose a risk to U.S. national security. He responded:

There will be a smooth transition to a second Trump administration. We’re ready.  The world is watching what’s taking place here, and we’re gonna count all the votes.

He, however, seemed to backtrack a bit when he later on Tuesday evening spoke during a conversation with Tony Perkins on the evangelical leader’s radio program. He said:

… On January 20th, we’ll have a transition, whether it’s to a Trump administration – a second Trump administration as I spoke about today – or to an administration led by former Vice President Biden. The American people understand that our transition will be complete and thorough and that if we spend a few more days validating that we have this process right, ensuring that we’ve protected every American’s lawful right to vote, it’s the right thing to do.

His earlier remarks attracted criticism from the right and the left, both describing the sentiments as “shocking,” “shameful,” and “dangerous.”

Meanwhile, a Trump appointee, Emily W. Murphy, head of the federal General Services Administration, is yet to sign off on an official declaration recognizing Biden’s victory, a move that has blocked his staff from accessing federal funding, briefing materials and office space to gear up for the transfer of power.

Biden, however, downplayed the hurdles and seemed to laugh off Pompeo’s remarks predicting that Republicans would eventually recognize his victory adding that they were “already beginning the transition. Nothing’s going to stop that.”

“There’ll Be Smooth Transition To A 2nd Trump Administration” – Pompeo