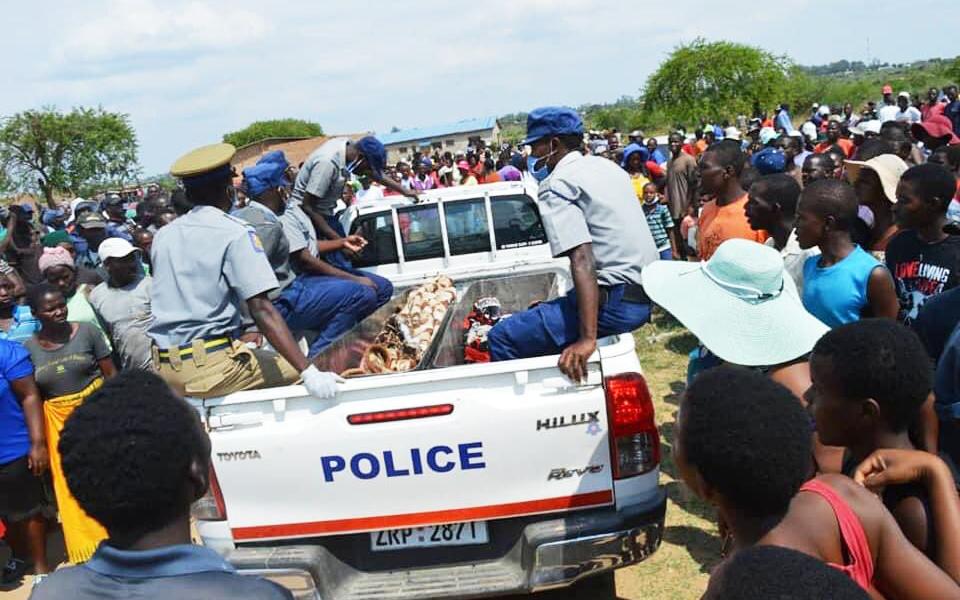 Horror … Police drive off with the remains of the four children who were killed by their mother. IMAGE CREDIT: ZimLive.com

A Chivhu woman beheaded her four children and set her home on fire before surrendering herself to police on Wednesday in Highview suburb, Chivhu.

Emelda Marazani, 29, went on a murderous rampage at around midday on Wednesday following what police described as a “marital dispute” with her husband, Lameck Brande.

According to the Zimbabwe Republic Police (ZRP), spokesman Assistant Commissioner Paul Nyathi, Marazani committed the crimes after her husband had left for work. Nyathi said:

When the husband left for work in the morning, the suspect locked the children aged nine, five, three and one in the house.

She took a rope and tied the two elder children before slitting open their throats with a knife. The suspect went on to kill the other two children with the knife before setting the house on fire.

Nyathi said Marazani then drank poison which she had earlier acquired before walking out of house number 4171 in Highview suburb.

Asked by her neighbours about the cause of the black smoke that was billowing from her house, Marazani said that “all was in order”.

A few months ago, Chivhu made negative headlines when a DRC war veteran and his young colleague shot and killed a soldier before they were both shot dead after a firefight with a team of soldiers and police.