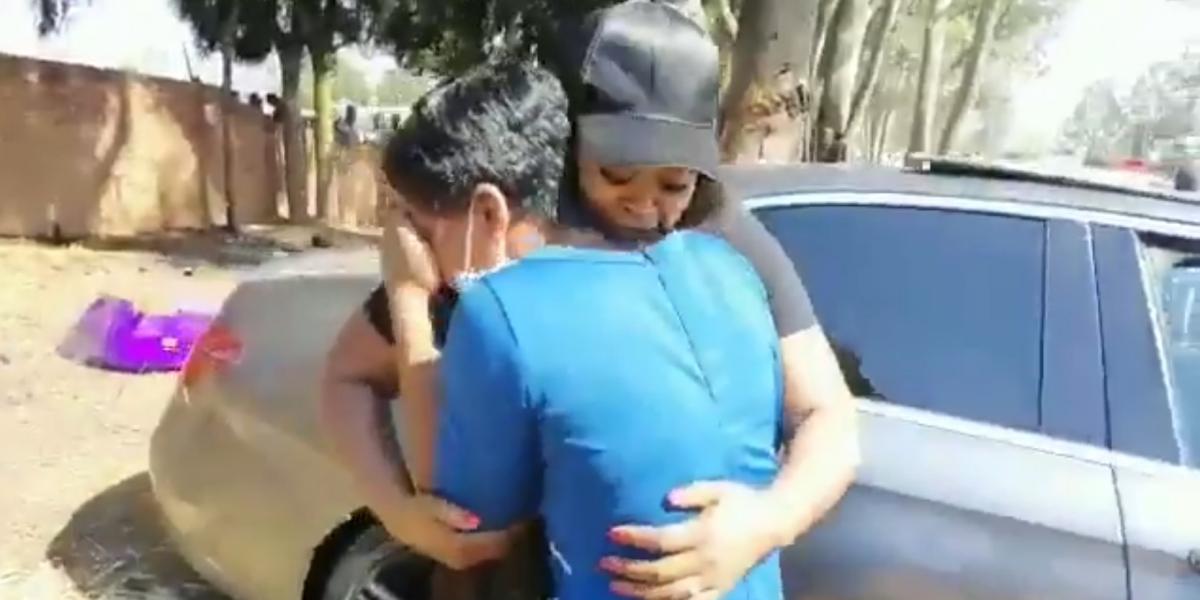 In the video, comedienne Madam Boss, consoles an unidentified relative of Ginimbi at the scene of accident that killed him early Sunday morning. Genius Kadungure was in the company of 3 female friends and were traveling in a Rolls Royce returning from a birthday party of one of the occupants of the car, Moana.

Madam Boss was a friend of the deceased.

Ginimbi was thrown out of speeding car as it crashed while the other occupants remained in the car. All 4 individuals died on the scene of the accident.

Below, a picture of Madam Boss earlier at the scene: 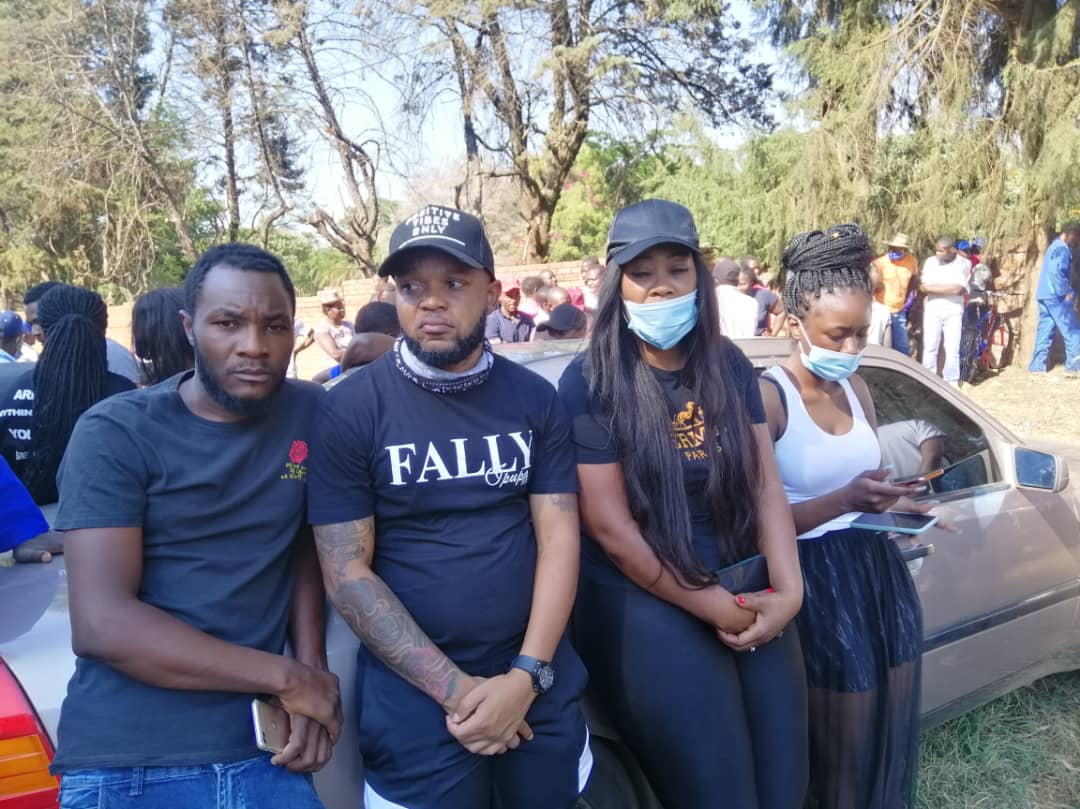