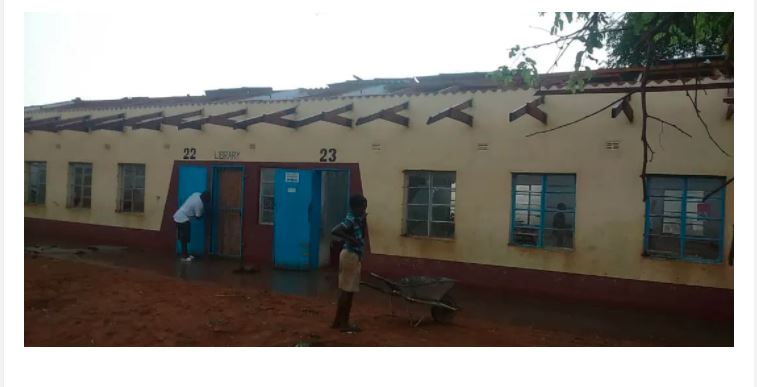 A violent hailstorm blew off roofs of houses and classroom blocks in Chipinge and Chimanimani Districts in Manicaland while road networks were washed away.

This comes as the province in the Eastern parts of Zimbabwe has not fully recovered from the effects of the Cyclone Idai disaster which destroyed homes and also killing many people.

We received a lot of rains and houses were destroyed and as the District Civil Protection Unit we have since mobilised resources as we are working with our partners who are helping with tents to ensure that people are safe.

Affected villagers narrated their ordeal to ZBC News with some saying they didn’t know if they were normal rains or another cyclone. One villager said:

Our houses were destroyed by rains we don’t know if it’s a cyclone or not but we want to thank our village head and development partners who assisted us.

We had the unfortunate incident as our house and belongings were destroyed all the foodstuffs and clothing and we were assisted by our neighbours but our village head was quick to call for assistance we want to thank him.

Meanwhile, a bridge which was constructed as part of post-Cyclone Idai restoration efforts at Zamuchiya Growth Point and linked the community and a school was washed away by the violent hailstorm.

The Civil Protection Department (CPD) response teams in both districts have been activated to assess the extent of the damage and help mobilise temporary shelter, blankets and foodstuffs for the affected people.

Manicaland is one of the regions which are prone to disasters and emergencies.