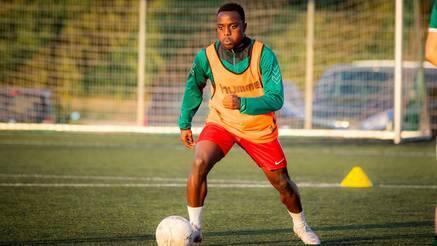 The 20-year old is one of the three new arrivals at the club. He was last in the books of German 4th tier FC Phönix Lübeck, where he represented their U19s and senior side along with fellow countryman Seth Patrick. Aberystwyth said in a statement:

A Zimbabwean U23s international, Shama most recently gained experience after making the move to German 4th tier FC Phönix Lübeck, where he represented their U19s and senior side.

Operating mainly as a striker, Shama moved back to the UK after a year and a half in Germany and has decided to make the move to the Cymru Premier.

Bako, who was born in Harare before moving to the UK with his family, was part of the Tonderai Ndiraya-coached Zimbabwe Under-23 side that reached the final round of the 2019 Under-23 Afcon qualifiers last year.