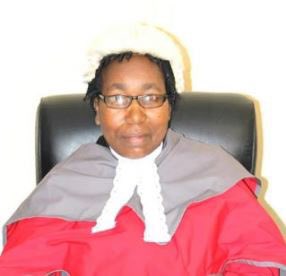 University of Kent law lecturer Alex Magaisa has criticised the Judicial Services Commission (JSC) for abandoning suspended High Court judge Justice Erica Ndewere and leaving her at the mercy of the Executive branch of Government.

Reports indicate that a truck of full of police officers was dispatched to Justice Ndewere’s home on Saturday morning to take away her officials cars and withdraw security details provided by the government to guard her property.

HStv reports that Justice Ndewere hid in her bedroom in fear as officers who were not in uniform kept knocking at her door without identifying themselves.

The JSC admitted to Magaisa that when President Emmerson Mnangagwa suspended Justice Ndewere this week, he also withdrew her salary and other benefits.

The JSC however, insisted that it has not taken a position to recover the motor vehicles that were allocated to Justice Ndewere nor sent any officers to recover the same.

Meanwhile, Magaisa asked the JSC why it allowed Mnangagwa to suspend the judge without salary or benefits when it’s clear that it is inconsistent with due process.

For a body that must act judiciously, you’re too presumptuous. What is the authority for suspending a judge without salary or benefits?

Do you, as the constitutional body in charge of the judiciary believe it is correct and proper to suspend a judge without salary or benefits?

Do you agree that a judge’s salary and benefits are at the discretion of the President? What is the legal authority for a President to interfere with the compensation of a judge while they hold office? Do you not see why this is inconsistent with due process and independence?

Regrettably, you are behaving like the Zimbabwe Election Commission which jumps when the President says so, even if it compromises your constitutional mandate.

You’re supposed to be advising the President to do the right thing not simply say it’s the appointing authority.