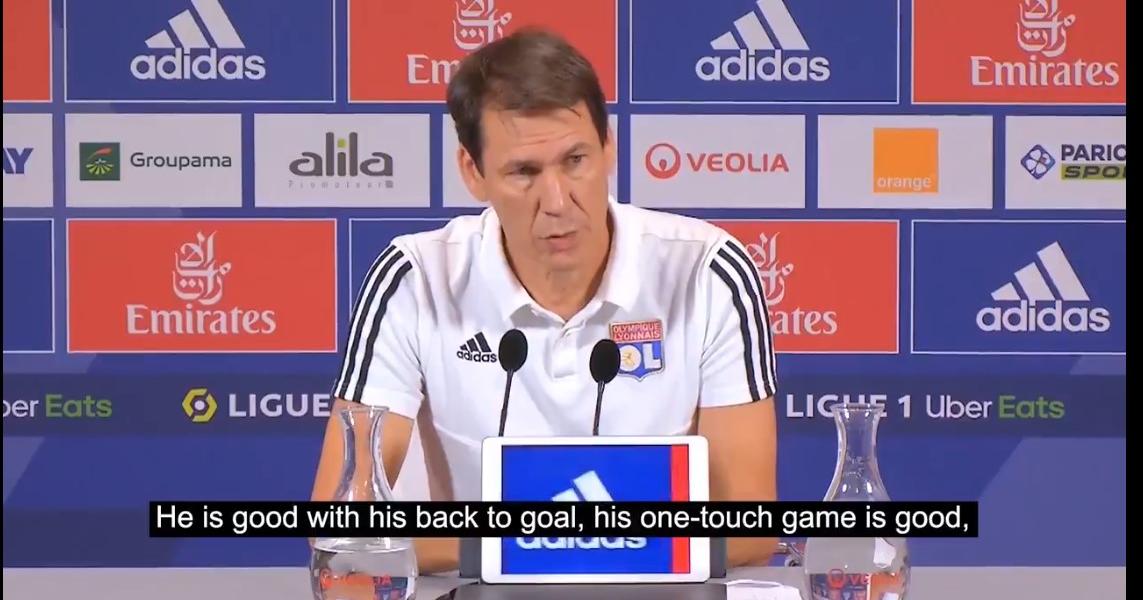 Olympique Lyon coach Rudi Garcia has expressed satisfaction over the progress Zimbabwean striker Tino Kadewere has made at the French Ligue 1 side.

The 24-year-old joined Les Gones after an unforgettable 2019/20 campaign at Ligue 2 side Le Havre and appears to have settled after a difficult start, progress which has not gone unnoticed by his coach.

Speaking to reporters ahead of Sunday’s home game against St Etienne, Garcia said:

Tino is important because he gets involved in games. He is good with his back to goal and his one-touch game is good, he has good movement, he is selfless.

He is a tall player with headers so he can help upfront and also comes to help at the back defending free-kicks.

I’m happy because Tino is a good guy even though there is a lot of competition here.

Kadewere has started in the last four league games and has played on the right side a front three alongside captain Memphis Depay and Carl Toko Ekambi.

He opened his account in the 3-2 win over Strasbourg last month.

Air Freshener with Dispenser
US $15.00 Harare
Plumbing solutions
US $20.00 Bulawayo
🧱 Building Material Available in and around Harare
Harare
Mobile Barber
US $2.00 Bulawayo
Laminator A4
US $70.00 Harare
Mandarin (Chinese) call in lessons
US $20.00 Harare
7 in 1 cooker, toaster, donut maker, waffle maker and more
US $40.00 Harare
Repair of Plastic water tanks
Harare