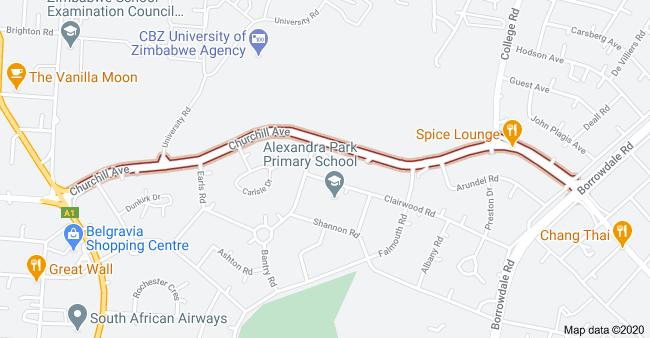 A Harare woman has narrated how she was ‘robbed’ of US$200.00 by police officers manning a roadblock at the intersection of Borrowdale Road and Churchill Avenue in Harare on Friday evening.

She said she was driving home after picking her 12-year-old son from extra-lessons when the cops flagged her down.

Initially, they asked for her driver’s licence which they then seized after she had produced it.

She added that the cops, among them a man and a woman, then told her that she was under arrest for not properly wearing her face mask.

The cops told her that since it was late on Friday, they were sending her to Chikurubi Maximum Security Prison and will be made to pay ZWL$20 000 for the alleged offence on Monday.

Her mother and cousin, who she has called, eventually came separately to the scene but unsuccessfully tried to reason with the officers to let her go.

What was ironic was that the majority of motorists were allowed to go even though they didn’t have face masks. Even the officers themselves were not wearing masks.

The woman believes she was made to pay US$200.00 for her freedom simply because she was driving a Mercedes Benz and the cops thought she had the money.