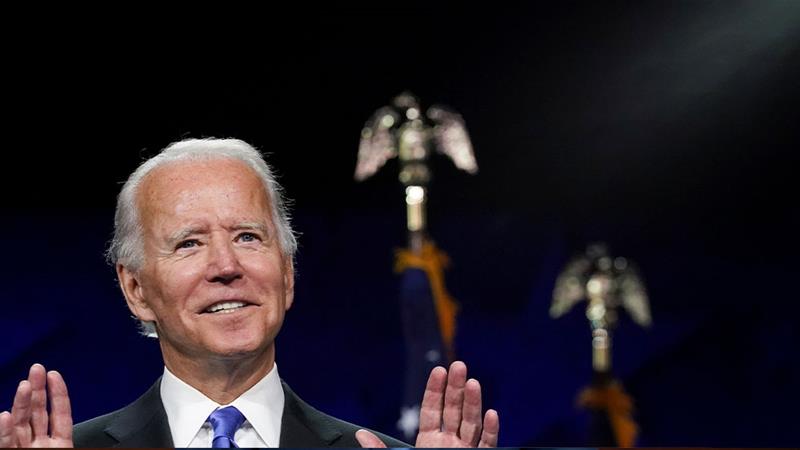 Joe Biden has won the US presidency by clinching Pennsylvania and its 20 electoral votes, the Associated Press (AP) has just announced.

Donald Trump has been defeated, and Biden will become the 46th president of the United States in January.

Biden, who turns 78 at the end of this month, will become the oldest president when he is inaugurated in January

He will take over from Trump in the midst of the worst public health crisis in 100 years, the deepest economic slump since the 1930s and a national reckoning on racism and police brutality that is still unresolved.

With Biden’s victory, Kamala Harris will be the first woman and the first person of colour to become vice president. She will also be sworn in January.

Meanwhile, Biden has broken his silence since being declared the next President of the USA. He wrote on Twitter:

America, I’m honoured that you have chosen me to lead our great country.

The work ahead of us will be hard, but I promise you this: I will be a President for all Americans — whether you voted for me or not.

I will keep the faith that you have placed in me.

However, the Trump campaign also said it would demand a recount in Wisconsin, where Biden led Trump by some 20,000 votes, even though historically a margin of that magnitude is unlikely to be reversed.

Trump has also announced a press event in Philadelphia at 11.30 local time