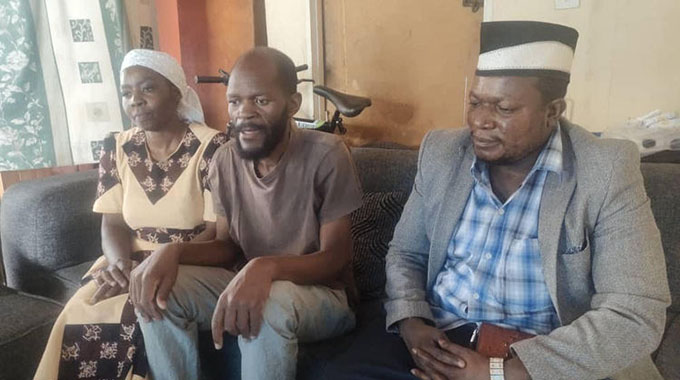 Deputy Minister of Youth, Sport, Arts and Recreation Tino Machakaire said the government remains committed to the welfare of artists and will work with various partners to that end.

Machakaire said this on his visit to a private hospital in Harare where veteran comedian Lazarus ‘Gringo’ Boora is being treated.

Gringo was hospitalised after struggling with stomach and renal complaints and is receiving free treatment courtesy of the Medical and Dental Private Practitioners of Zimbabwe Association.

Having been taken to the hospital on Thursday unable to walk or feed himself, Gringo said he was now feeling better. He said:

I was sick, I was in pain, but now I am feeling better and I would like to thank the doctors for all that they have done and are doing for me.

Gringo has been unwell since October last year and at one point, had to relocate to his rural Rusape home.

During his heydays, the comedian took part in many television dramas including ‘Gringo’, ‘Gringo Ndiyani’, and ‘Gringo the Trouble Maker’.